US bans some Venezuela officials from travel; Maduro accuses Biden of plotting his overthrow 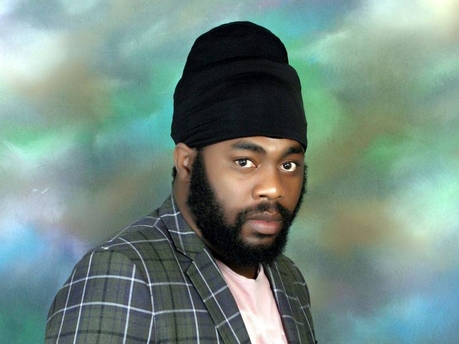 Exco Levi earns a 4th Juno nomination for Best Reggae Recording as announced by the Canadian Academy of Recording Arts and Sciences (CARAS) at the launch of the 2015 JUNO Awards season on Tuesday January 27th.

The prestigious award, internationally recognized as the equivalent of the American Grammy’s, is the most coveted award in Canadian music which recognizes outstanding musical contributions made by its’ nominees.  Exco Levi’s good news of a fourth nomination comes just ahead of the release of his first full length studio album, Country Man which will be released on March 18th, 2015.  “I give thanks for my JUNO nomination this year” says Levi who is in Jamaica where his album, Country Man is undergoing final reviews and remixes under the watchful eye of Penthouse Records Donovan Germaine for Levi’s High Priest Records.

This year’s JUNO awards will be held in Hamilton, Ontario (just outside of Toronto) from March 9th to 15th whose festivities lasts 1 week and includes a photography exhibition, a tour of Canadian Art, Juno Cup (Hockey Match), and Fan Fare which is an interactive way for fans to meet their favorite artists.

Delving in to Levi’s recipe for success, the artist cites a quote from Will Smith, an actor he admires, who says “the harder you work, the luckier you get … truly it is not about luck.”  Exco’s journey with hard work began the moment he decided to become a recording artist.  Always walking with notebook and pen, writing lyrics to songs are a constant, as is teaming with equally hard working producers who have given a canvas to Exco’s lyrics.

Working the stage at Rebel Salute (2015), Exco solidified his place in the hearts of fans who enjoyed every moment of his performance.  Prior to that, the same was enjoyed by the very selective Sting audience who collectively rate him as an artist to watch.

Exco will hold 2 launches for his album Country Man.  Both will be held in Toronto, the first on March 18th, downtown, and the second, Uptown at Belleeny’s on March 19th, 2015.  Following his launch, the artist will tour his Country Man album on the West Coast of the US as well as Europe which has scheduled an 11 city tour.