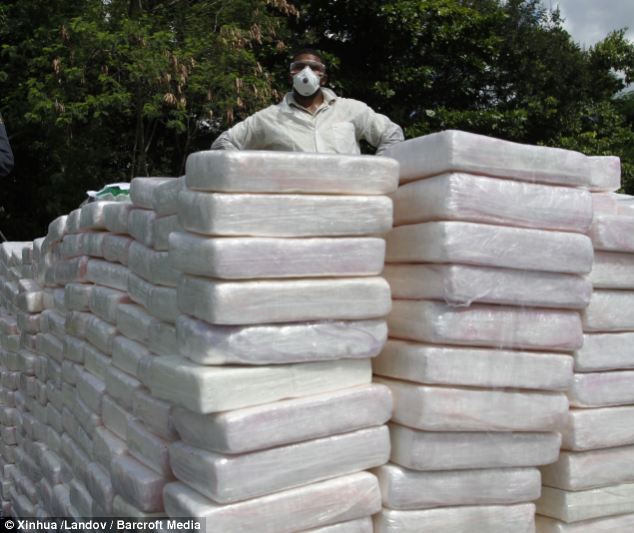 SAN JUAN, Puerto Rico _ Federal authorities said Tuesday they have dismantled a ring that imported tons of drugs from South America and invested most of the billion-dollar proceeds in construction projects across Puerto Rico.

Among the 17 suspects facing drug-trafficking and money-laundering charges are local businessmen and lawyers, according to U.S. Attorney Rosa Emilia Rodriguez.

The suspected leader of the group, Carlos Morales Davila, had been arrested in 2011 and ran the organization from prison, where he is currently serving a 12-year sentence, said Pedro Janer, acting special agent in charge of the Drug Enforcement Administration’s Caribbean division.

Janer said he believes the organization has been dismantled with the 17 arrest warrants issued Tuesday following a federal grand jury indictment. Some of the suspects were already in prison while others were arrested in Puerto Rico, officials said.

The group is suspected of transporting large amounts of cocaine and heroin from South America to Puerto Rico since at least 2008, using the nearby island of Vieques as the entry point, Rodriguez said. The suspects are accused of using the commercial ferry from Vieques to Puerto Rico to help transport the drugs, she said.

Rodriguez said the organization invested the money in properties including 65 homes, 15 cars and several luxury boats. A portion of the money also financed construction of a building for a local university, with a developer among the suspects charged, she said.

Rodriguez said a court will ultimately decide what happens to those properties.