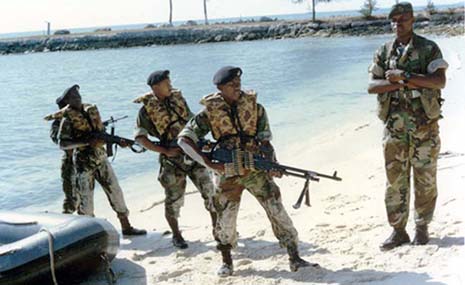 NASSAU, Bahamas(AP) _ Eighteen Dominicans aboard a fishing boat have been detained by the Bahamian military on suspicion of poaching.

Their 100-foot, steel-hulled boat was allegedly filled with scale fish and crawfish caught in Bahamian waters. It wasn’t immediately clear Sunday how much fish the Dominican-flagged vessel was carrying.

A Bahamian patrol boat and a plane are searching for four Dominican suspects aboard two skiffs who fled as their colleagues were being detained.