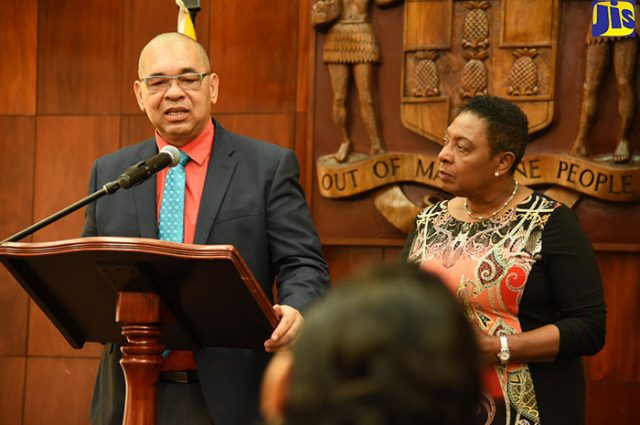 A total of $180 million is being spent on the ‘Jamaica 55’ Emancipation and Independence celebrations islandwide.

The activities are being spearheaded by the Jamaica Cultural Development Commission (JCDC) under the theme: ‘Celebrating Jamaicans Home and Abroad’.

Mr. Hill said the sum should cover activities throughout the parishes and also the celebrations in Kingston, inclusive of the Grand Gala on August 6.

The ongoing Jamaica Independence Festival Village will run for the period; there will be the World Reggae Dance Championship on August 4; and Reggae Night on August 5.

The Village opens at 12 noon daily, with the nightly events beginning at eight o’clock. Activities are held for the entire family, including live performances, promotional booths and displays, exhibition, a food court, a kiddies village, rides and other attractions.

Other activities to be held across the island include Independence Village from August 4-6 at the Closed Harbour Beach (Dump Up Beach), Montego Bay, St. James; street dances, Independence concerts and stage shows; and festival bandwagon, which is a mobile showcase of the best talents from the parishes in the performing arts.

In the meantime, Minister of Culture, Gender, Entertainment and Sport, Hon. Olivia Grange, informed that new effigies will be unveiled during the Grand Gala celebrations on Sunday, August 6.

She added that the new effigies will include the island’s National Heroes as well as the late cultural icon, Hon. Louise Bennett-Coverley; sprint sensation, Usain Bolt; and musician, Bob Marley.

An effigy is a representation of a specific person in the form of sculpture or some other three-dimensional medium.

She further noted that seven individuals have received training in the craft through a partnership with the United States Government.

Meanwhile, Miss Grange said over 2,000 performers, mostly drawn from the Corporate Area, will perform at the Gala.

“We have reached out to communities as we normally do and involved those communities in the celebrations,” she said.