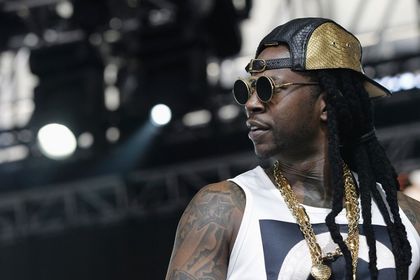 Rapper 2 Chainz is considering releasing a sex tape to make some extra cash.

2 Chainz, whose real name is Tauheed Epps, is hoping the venture will make him a very rich man and make sure all his future mistakes are covered financially.

He tells Playboy magazine, “I want to put out a sex tape in the next five to 10 years and reap all the benefits in case I spend my hard-earned rap money doing boneheaded activities.”

And 2 Chainz already has an idea of who he’d like to join him in bed for his sex tape: “I hate to say this, but I think Iggy Azalea’s dope.”

He also wouldn’t be opposed to romancing his ‘Beez In The Trap’ collaborator Nicki Minaj: “Yeah, I’d do that.”

For the original report go to http://www.torontosun.com/2013/10/22/2-chainz-may-release-a-sex-tape-for-extra-cash