Cub Scouts Urged to Use Skills to Prepare for Life 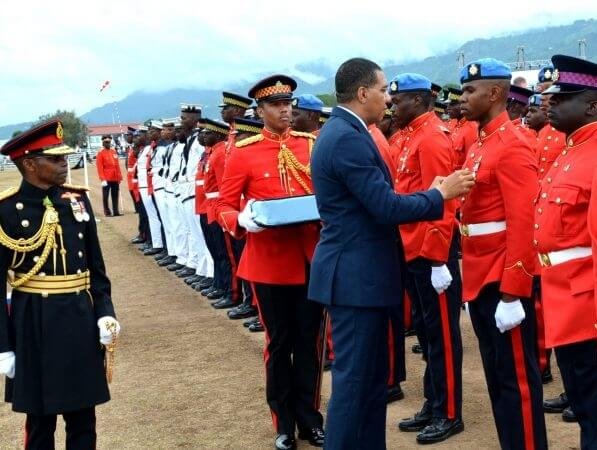 Two hundred members of the Jamaica Defence Force’s (JDF) enlisted ranks have received the 2019 Medal of Honour for General Service, effective May 23.

The medals were presented by Governor-General, His Excellency, the Most Hon. Sir Patrick Allen, and Prime Minister and Minister of Defence, the Most Hon. Andrew Holness, during the JDF’s Armed Forces Day Parade at Up Park Camp, on Wednesday (July 31).

Awardees were drawn from ranks falling below Sub-Lieutenant in the case of the Coast Guard, and Second Lieutenant for the other divisions.

A large number of dignitaries and members of the public attended the parade, which featured the Royal Salute; helicopter fly-over; and a display of military equipment and vehicles.

There was also musical entertainment by the Military Mass Band, comprising the JDF Band and Jamaica Regiment Drum Corps, and the Barbados Defence Force (BDF) band, which was specially invited.

Their rendition of renowned Russian composer, Pyotr Tchaikovsky’s ‘1812 Overture’, included intermittent firing of a canon, which had the audience riveted.

The day also featured activities in the Armed Forces Village, adjacent to the parade ground, where persons were able to procure memorabilia and view displays.

The Medal of Honour for General Service is awarded by the Governor-General in accordance with Regulations under Section 7 of the National Honours and Awards Act.