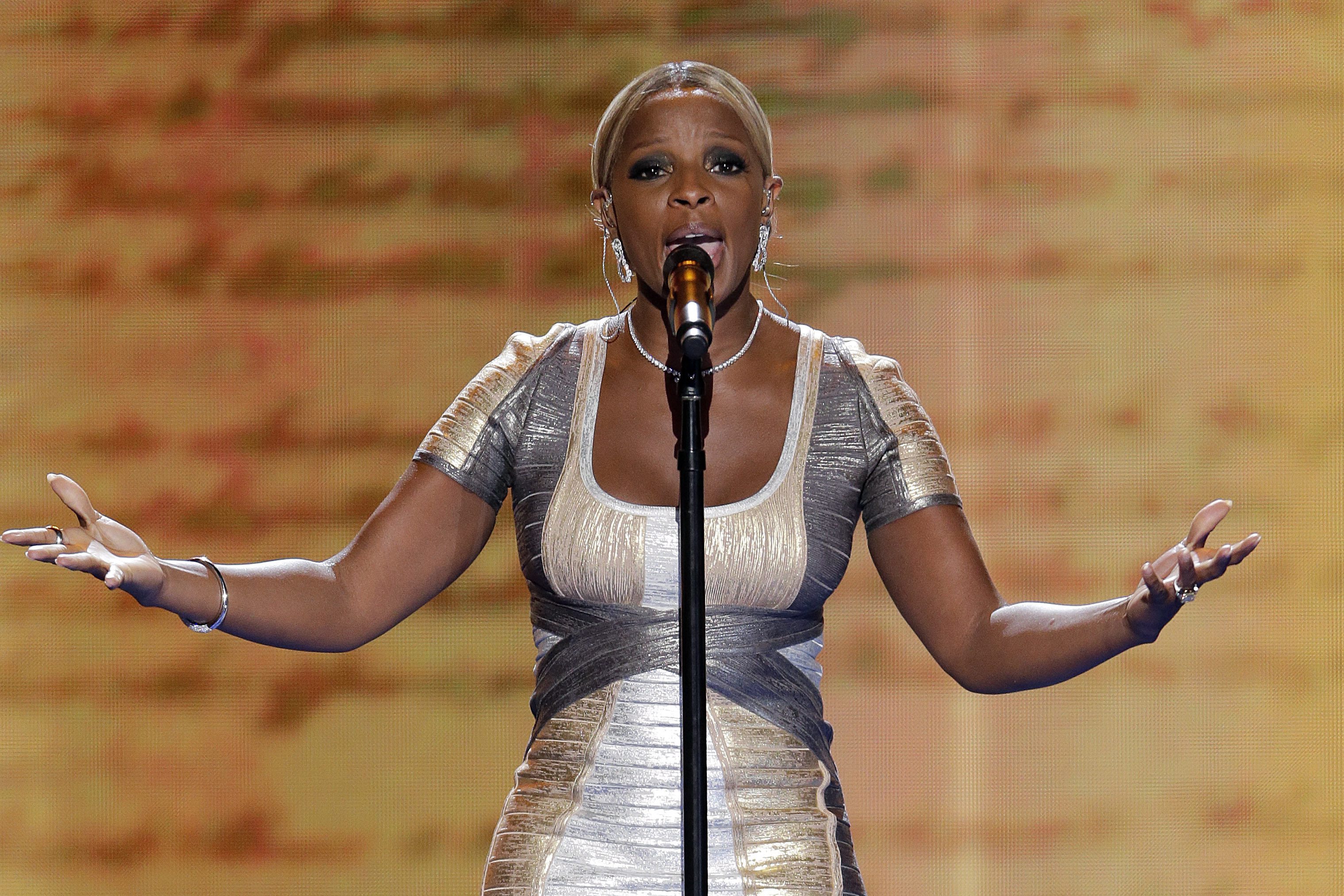 With a career of landmark achievements including eight multi-platinum albums, nine Grammy Awards (plus a staggering 32 nominations), two Academy Award nominations, two Golden Globe nominations, and a SAG nomination, Mary J. Blige has remained a figure of inspiration, transformation and empowerment making her one of the defining voices of the contemporary music era and cemented herself as a global superstar. And in the ensuing years, the singer/songwriter has attracted an intensely loyal fan base—responsible for propelling worldwide sales of more than 50 million albums. She began moving people with her soulful voice at the age of 18 when she became Uptown Records youngest and first female artist. Over the years, Blige has helped redefine R&B in the contemporary music era with chart-topping hits like “Be Without You”, “No More Drama” and “Family Affair.” At the 2018 Academy Awards, Blige made history as the first double nominee across the acting and music categories for Best Song and Best Supporting Actress for her work on Mudbound.

Connie Orlando, Executive Vice-President, Head of Programming at BET will serve as Executive Producer for the “BET Awards” 2019 along with Jesse Collins, CEO of Jesse Collins Entertainment.

ABOUT “BET AWARDS”The “BET Awards” is one of the most watched awards shows on cable television according to the Nielsen Company. The “BET Awards” franchise remains as the #1 program in cable TV history among African-Americans, and it is BET’s #1 telecast every year. It recognizes the triumphs and successes of artists, entertainers, and athletes in a variety of categories.

ABOUT JESSE COLLINS ENTERTAINMENTJesse Collins Entertainment (JCE) is a full-service television and film production company founded by entertainment industry veteran Jesse Collins. For more than a decade, Collins has played an integral role in producing some of television’s most memorable moments in music entertainment. Collins has produced groundbreaking and award-winning television programming, including “BET Awards,” “Grammy Awards,” “Soul Train Music Awards,” “BET Honors,” “UNCF An Evening of Stars,” “ABFF Awards” and “BET Hip Hop Awards.” Collins was an executive producer of the hit TV series “Real Husbands of Hollywood,” starring Kevin Hart, and the critically acclaimed “The New Edition Story,” a biopic on the boy band that aired as a three-part miniseries on BET in January 2017. He is also the executive producer of VH1 shows “Dear Mama” and “Hip Hop Squares” with Ice Cube. Most recently, JCE executive-produced “The Bobby Brown Story.” The miniseries picked up where “The New Edition Story” miniseries left off and chronicled the talented but troubled singer’s exit from the popular 80s boy band through his solo success. It debuted on BET in September 2018and was the highest-rated non-tentpole program on the network since “The New Edition Story.” Next for JCE is the second season of “American Soul” on BET and Netflix’s upcoming series “Rhythm and Flow.”