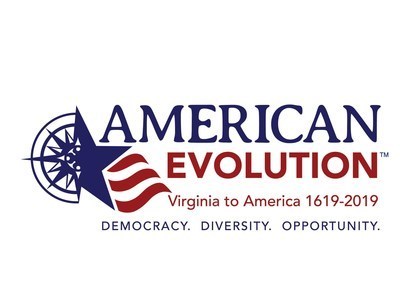 Federal Commission Will Advance National Awareness of The 1619 African Arrival and The African-American Experience.

JAMESTOWN, Va., Feb. 1, 2018 /PRNewswire-USNewswire/ — Last month, President Donald Trump signed into law the 400 Years of African-American History Commission Act establishing a special Federal Commission that will commemorate and educate the American public about the 1619 arrival of the first Africans to the English colonies at Point Comfort, Virginia. The legislation, which was introduced by Virginia Representative Bobby Scott (D-VA), and sponsored in the U.S. Senate by Senators Tim Kaine (D-VA) and Mark Warner (D-VA), acknowledges the impact of the 1619 African arrival as a formative moment in our nation’s history; recognizes and highlights the resilience and contributions of African Americans since 1619; and acknowledges the impact that slavery, and laws that enforced racial discrimination, had on the United States.

The legislation was enacted days before Black History Month when communities across the country come together to recognize the contributions of African American trailblazers and influencers. The 400 Years of African-American History Commission will raise national awareness about the moment when African culture first became an integral part of the American narrative and it will highlight the significant contributions of African Americans over the last 400 years of American history. The Commission is tasked with encouraging civic, historical, educational, religious, and other organizations throughout the United States to organize and participate in 400th anniversary activities and engage with legacy programs that expand the public’s understanding and appreciation of the significance of the arrival of Africans in the United States and the contributions of African Americans to the United States.

The Commission has the authority to provide grants to non-profit, historical, and civic organizations to encourage their participation in the commemoration, as well as fund scholarly research and study of the arrival of the first Africans to the English colonies. These organizations will be tapped to play a strategic role in galvanizing national interest and ensuring that an authentic and inclusive narrative of the African arrival is taught to current and future generations of Americans.

“The 1619 African arrival story is a key historical point in the foundation of America, as well as a core focus of Virginia’s 2019 Commemoration,” said Kathy Spangler, Executive Director of AMERICAN EVOLUTION, 2019 Commemoration. “We are committed to our mission of uncovering untold stories, dispelling perpetuated historical inaccuracies, and expanding our collective knowledge of the African American experience over the last four centuries.”

President Trump also signed two related pieces of legislation including the African American Civil Rights Network Act of 2017 and the Martin Luther King, Jr. National Historical Park Act of 2017 to recognize the Atlanta birthplace of the Civil Rights leader as a national historical park. These pieces of legislation work together to ensure that the African American experience is recognized and elevated as an integral element of our nation’s diverse history.

Various sites across Virginia honor the experiences of African Americans and provide further context around America’s founding including:

The mission of AMERICAN EVOLUTION™ is to commemorate the 400th anniversary of several pivotal events that took place in 1619 Virginia, which have had an enduring impact on Virginia and America’s history. These important events set the state and the nation on a course towards the ideals of democracy, diversity and opportunity. In addition to the arrival of the first recorded Africans to English North America, these 1619 events include the First Representative Legislative Assembly in the New World, the recruitment of English women in significant numbers to the Virginia colony, the first official English Thanksgiving in North America and the entrepreneurial and innovative spirit of the Virginia colony.