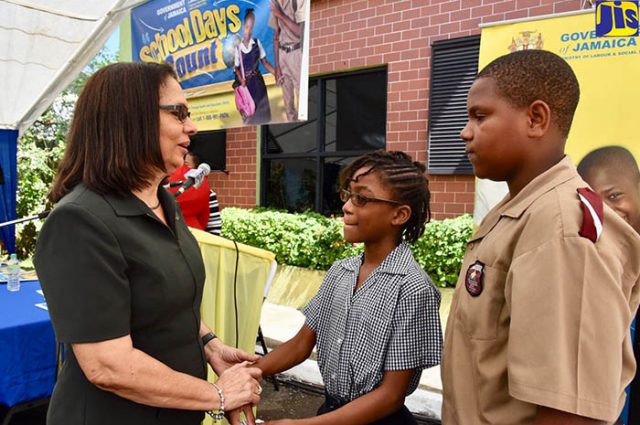 Minister of Labour and Social Security, Hon. Shahine Robinson (left), interacts with students from the St. Mary-based Port Maria High School, Jhazanna Johnson (centre), and Tajaughn Dowie, at the launch of the Ministry’s ‘School Days Count’ initiative in the parish on Thursday (February 8).

The Government has launched a $5.9-million incentive programme aimed at increasing secondary-school attendance by students benefiting under the Programme of Advancement Through Health and Education (PATH).

Dubbed ‘School Days Count’, the two-year initiative will roll out between February and April in 34 institutions that have below-70 per cent attendance levels.

It will offer a range of cash and non-cash incentives to parents and schools to boost student turnout.

These include 10 scholarships, each valued at $250,000, to students who will be starting tertiary studies in September 2018.

Speaking at the launch on Thursday (February 8) in Port Maria, St. Mary, Minister of Labour and Social Security, Hon. Shahine Robinson, informed that $4 million will be spent during the first year of the programme and another $1.9 million in the second year.

She informed that through the initiative, “we hope to accomplish a dramatic shift in attitudes, so that PATH beneficiaries and the rest of the school population will be motivated to attend school, one hundred per cent of the time”.

“Also, it is seeking to give more exposure to post-secondary education and career options provided via PATH and the Steps-to-Work programme, while… rewarding students with tangible encouragements to attend school with regularity,” she added.

She noted that as part of the initiative, a public education campaign will be undertaken geared at creating awareness among parents and students about the importance of attending school consistently, by demonstrating the correlation between absent days and lessons lost.

Minister Robinson said the Government is committed to ensuring that children have a fair chance of achieving their full potential “so they can make a meaningful contribution to nation-building and economic growth”.

She thanked the PATH donors for their support in “helping us reach our vulnerable and at-risk populations”.

PATH is an initiative by the Government of Jamaica with support from donor partners such as the World Bank, Inter-American Development Bank and other multilateral and bilateral agencies.

It is aimed at delivering benefits by way of cash grants to the poorest and most vulnerable persons in the society.

The programme is administrated by the Ministry of Labour and Social Security, and the main objectives are to increase educational attainment and improve health outcomes of the poor, break the intergenerational cycle of poverty, reduce child labour by requiring children to have minimum attendance in school, and serve as a safety net by preventing families from falling further into poverty in the event of adverse shock. 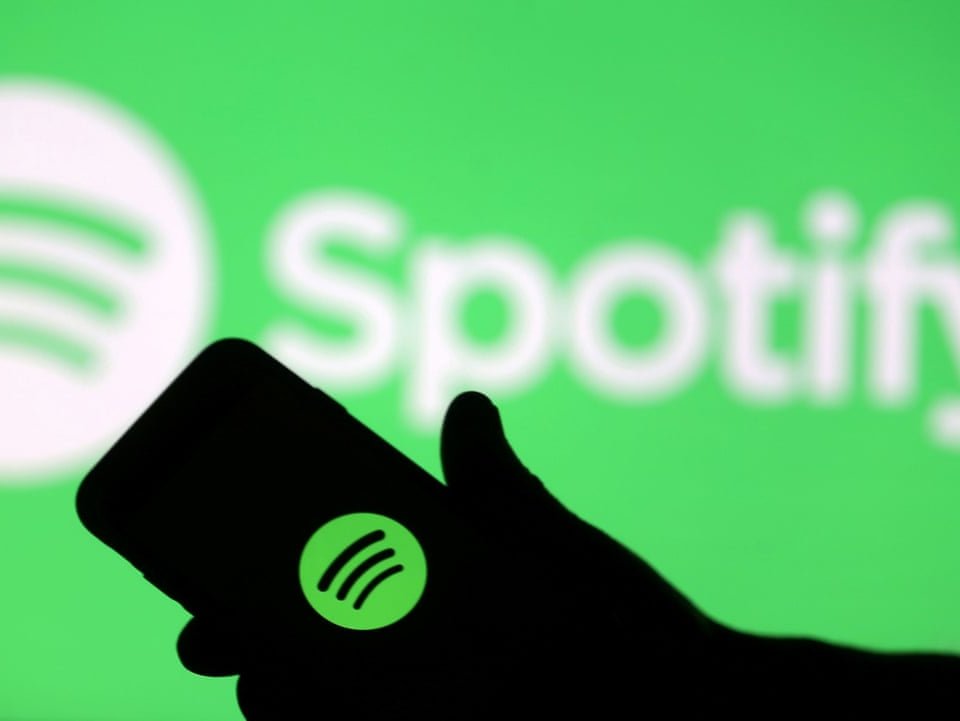