73 Persons Before the Courts for Identity Fraud 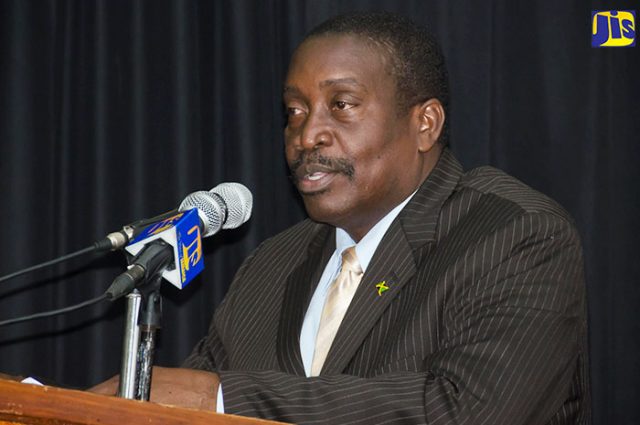 Minister of National Security, Hon. Robert Montague, says 73 persons have been brought before the courts for identity fraud since the introduction of the facial recognition system at the Passport, Immigration and Citizenship Agency (PICA) last year.

He informed that 473 persons have been identified with multiple passports.

He was speaking at the opening of a joint national border security training workshop at the Police Officers’ Club in St. Andrew on May 1.

Facial recognition is a type of biometric software capable of identifying a specific individual in digital image. The system was implemented in a bid to further safeguard the identity of persons.

Minister Montague said facial recognition is part of an integrated, cutting-edge, technology-driven border-management architecture that is being implemented by the Government.

“We are linked in to the major intelligence agencies and receive advanced passenger information from 80 per cent of our airline carriers,” he noted.

Citing other measures to improve security at the country’s borders, Minister Montague said the Government recently purchased two ships and a surveillance plane to monitor the maritime and air spaces.

He noted that the acquisition is reaping results, with illegal poachers intercepted and detained and fish on board the vessels seized. He said the country loses approximately US$10 million per year from illegal fishing.

Minister Montague further cited the implementation of the Automated System for Customs Data (ASYCUDA World) in December 2014 by the Jamaica Customs Agency (JCA), which allows for customs declarations and all supporting documentation to be submitted electronically.

Meanwhile, the Minister said the Government takes pride in collaborating with the CARICOM Implementation Agency for Crime and Security (IMPACS) and the Joint Regional Communication Centre (JRCC) to undertake the border security training course.

He said with more than three million passengers crossing the nation’s shores annually over the past 10 years, strengthening border security and territorial integrity is a priority of the Government in ensuring a safer Jamaica.

He added that advanced passenger interviewing techniques and up-to-date information exchange and inter- and intra-state collaboration are of paramount importance.

The objective of the five-day training is to deliver the curriculum aligned with the border security skill sets identified by officers in the customs and immigration branches of border security in the region.

It is being undertaken through support from the European Development Fund.