Law Coming for Gated Communities to be Controlled by REB/CSC 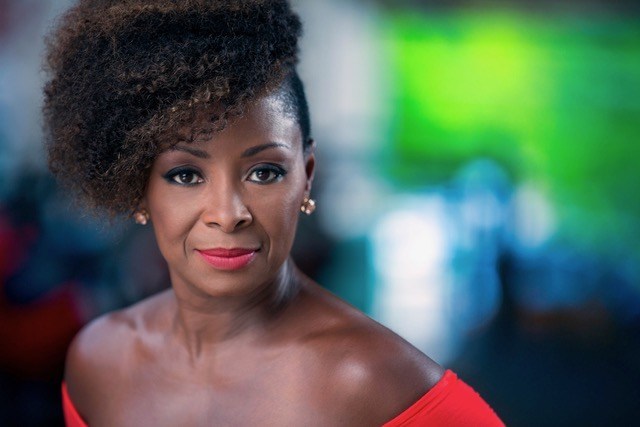 Substantive programming, combined with a who’s who of the film industry has established BronzeLens as one of the nation’s pre-eminent film festivals. With Georgia now No. 1 in feature film productions, BronzeLens has long attracted national and international attention to Atlanta, promoting the city as a leader in the film industry.

Lamman Rucker (“Greenleaf,” Why Did I Get Married?) will lead the masterclass, Up Close – Through the BronzeLens: The Art of Auditioning with Lamman Rucker. In addition, legendary stage and screen actors Keith David (“Greenleaf”, “Community”, Crash, There’s Something About Mary, Barbershop) and E. Roger Mitchell (“The Quad”, Selma) will engage in insightful and revealing conversation during Sunday Brunch with the Brothers. They will be joined by “Queen Sugar” stars Timon Kyle Durrett and Omar Dorsey. See the Festival’s schedule for the complete list of informative panels about film and television production and for workshops for student filmmakers.

Over 60 films will be screened inclusive of shorts, features, documentaries and webisodes during the festival. Selected juried films represent the work of emerging and independent filmmakers from around the globe, including, the United States, Spain, France, Australia, Colombia, United Arab Emirates, South Africa, Trinidad Tobago, Germany and Switzerland.

Wednesday, August 23
The festival heats up into high gear with the opening of The Filmmaker’s Lounge @BronzeLens hosted and sponsored by the City of Atlanta Mayor’s Office of Film and Entertainment. In the evening, the kick-off screenings of official All Shorts film selections begin at 5:00 PM at the Westin Peachtree Plaza.

Thursday, August 24
All Shorts All Day presented by BET Networks offers free screenings of 2017 BronzeLens short films selections at the Westin Peachtree Plaza Chastain Room.
Legal Mash-Up series on Content Acquisition and Rights, Distribution Legalities, and Setting Up Your Film Production Company as a Business will be led by some of the industry’s foremost legal talents, providing critical information on what it takes to conduct business successfully within the film and entertainment industry.

Friday, August 25
Georgia Production Partnership will sponsor a workshop on the Status of Production in Georgia. This annual signature panel discusses the amazing growth, as well as the need for production of film and television, in Georgia. Key decision makers will discuss the present and the future of this over $8 billionGeorgia industry.

First Glance Friday Feature Presentation: A BronzeLens Exclusive to all festival Screening Pass holders
Attendees will get a “First Glance” of OWN Network’s  ‘Black Love’ which highlights love stories from the black community and seeks to answer the burning question, What is the secret to making a marriage work? Husband-and-wife filmmakers Codie and Tommy Oliver present love stories from some of the most successful people in business and entertainment as well as everyday couples. Featured couples include Oscar® winner Viola Davis and Julius Tennon, Hollywood power couple Meagan Good and DeVon Franklin, and more.

Saturday, August 26
Master Class – Up Close Through the BronzeLens: The Art of Auditioning with Lamman Rucker. Rucker will discuss how to jumpstart a career in the business, the audition process, and how to be sustainable in the film and television industry.

The eighth annual BronzeLens Awards Show will salute the “Best of Festival” filmmakers. Categories include the best in Features, Documentaries, International Films, Shorts, Student Films, and Web Series, as well as Best Actress and Best Actor.

Sunday, August 27
Sunday Brunch with the Brothers salutes men of color in film and television who are making waves as they share lessons from their journeys. Insightful and revealing conversations with legendary stage and screen actors Keith David, E. Roger Mitchell and joined by Timon Kyle Durrett and Omar Dorsey. Breakfast treats and hot conversation are on the menu.

Cinema and Social Justice Sunday, a unique and critical component of the festival, featuring a socially-relevant film and conversation that address issues of concern, will culminate the festival. Screening will be held at the Auburn Research Library on African American Culture and History.

About the BronzeLens Film Festival
Over the course of eight days (August 20-27, 2017), film lovers, actors, and filmmakers will gather to share a creative platform of education, entertainment, empowerment related to film, television, and the production of both. The Academy of Motion Picture Arts and Sciences has approved BronzeLens as a qualifying festival for the Short Film Awards category. The short film that receives the BronzeLens Best Short Award may now be eligible to enter the Academy’s Short Subject competition for the concurrent season. BronzeLens Film Festival of Atlanta, Georgia, is a non-profit organization, founded in 2009, that is dedicated to bringing national and worldwide attention to Atlanta as a center for film and film production for people of color. Its mission is two-fold: to promote Atlanta as the new film mecca for people of color; and to showcase films and provide networking opportunities that will develop the next generation of filmmakers.

Media Credentials
Approved media representatives who have RSVP’d in advance and received written confirmation from Tina Spencer will have access to interview areas and red carpet arrivals. This includes media opportunities with filmmakers, honorees, panelists, festival producers and other special guests of BronzeLens Film Festival. All media must email TinaSpencerBronzelens@gmail.com to request access to cover these opportunities. For more information regarding the BronzeLens Film Festival, visit www.bronzelens.com.