Kingston, Jamaica (MPR Consulting) – He was born with music in his veins and a song in his heart, life adversity paired with trials tribulations reflect his outlook on life and music, introducing FEARLESS KID! 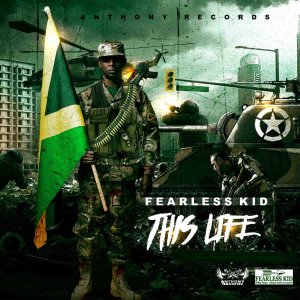 Far from a novice in the music arena, the Spanish Town native has to date steadily built an impressive discography, and achieved many recognition such as performing on major stages and international airplay. As his music depicts realness, the multi-talented singer-songwriter highlights the latter with such singles on his repertoire as “This Life” produced by Platinum & Gold Selling producer Anthony Records. Invoking from true life, Fearless Kid spoke on the song’s inspiration “It came about after seeing some of my close friends started to reveal their true colors. Jealousy and envy was being developed as my career got bigger so I decided to minimize my circle.” explained the multi-talented recording artist.

Distributed by ZojakWorldwide, Fearless Kid THIS LIFE single is available on all major streaming platforms and digital outlets at www.smarturl.it/ThizLife