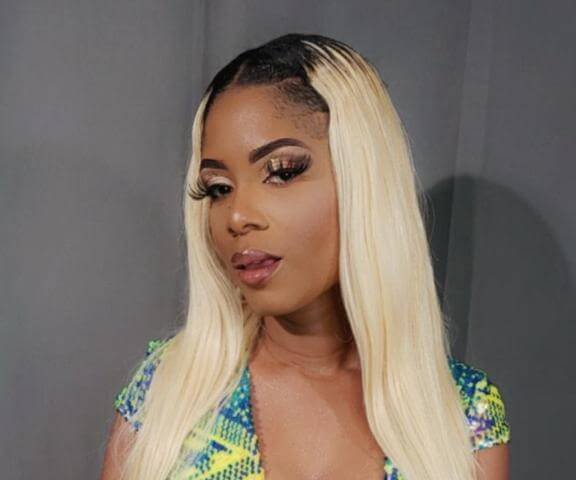 Abby Dallas, a talented singer with a big voice, is a past Festival Song winner from Jamaica. She also copped the Best Junior Soloist award  in the Jamaica Cultural Development Commission (JCDC) all -island competition and sports a Diploma in Music from The Edna Manley College for Visual and Performing Arts.

That’s three big cheers for the Jamaican songstress, who is batting for good performance from Jamaican men. This comes across strongly with three of her latest songs two of which have been released- “Poppy Show” and “One and Only.” The other is “Dash The Money Pon Di Gal Dem.”

“Poppy Show speaks about men who have more than one woman, but cannot sexually please one of these females.”

I  think a lot of women are experiencing these shortcomings and are simply afraid to say this to our men. So, they will cheat and have affairs with men who are real bed-room bullies. So men, instead of focusing on two many women just stick to one and do your homework well.

“In terms of the other song (One and Only), the theme is interrelated because the songs deal with relationship.And, I have no problem being the voice out there for the women.

“We have too many men who want good service-and I am not talking just about sex,but expect dinner every night and the money they dish out can only provide too good meals. So. men, if you want good service just put down the cheddar,” she explains.

In addition to promoting her songs, Abby Dallas is usually ready to perform at any  event because of her experience and professionalism.

” I went to Long Island, New York,  on July 4th, to see Johnny Osbourne performing in the Park.  Emcee Dub Master called me  on  stage and I performed “One and Only,  and  ” “Dash The Money Pon The Gal Dem.”

“As women we need some of the money men are spending foolishly in the parties just to get a hype.These are two catchy and interactive songs which makes a statement,” she adds.

Abby Dallas, given name Abby Gaye Dallas, was born in Kingston and grew up in Portmore, St. Catherine. She learnt to play the guitar and keyboard from an early age. Although seemingly shy she went  public winning two major competitions.