Ahead of World Tour, Jemere Morgan Heads to his Familial Beautiful Island of Jamaica 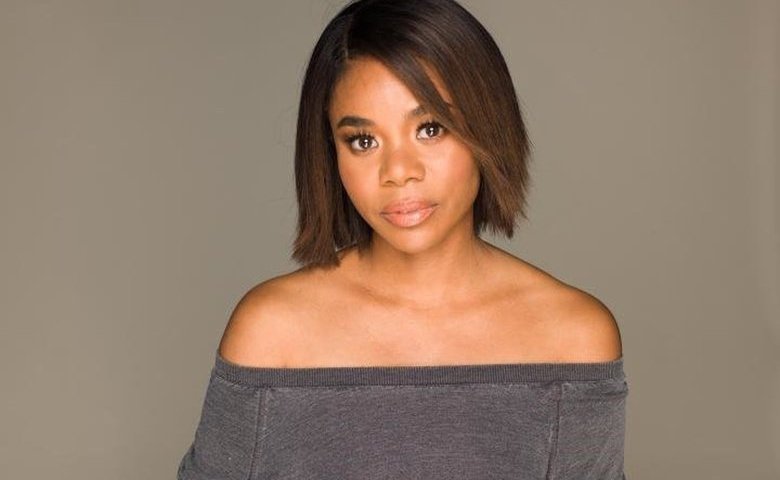 NEW YORK, May 29, 2019 /PRNewswire/ — BET Networks, a unit of Viacom Inc. (NASDAQ: VIA, VIA.B and NYSE: VIA, VIA.B), today announced actress and comedian Regina Hall as the 2019 “BET Awards” host. Nominated in this year’s “Best Actress” category, Regina takes the stage to host for the first time, joining the ranks of A-list entertainers who’ve hosted in years past, including Jamie Foxx, Leslie Jones, Anthony Anderson and Tracee Ellis Ross, Chris Rock and Mo’Nique. This year’s broadcast celebrates 19 years of creating unforgettable moments, showcasing the present and future of black entertainment while honoring the unsung heroes and icons of the past. The “BET Awards” continues to reign as the ultimate platform showcasing the best and most beautiful aspects of the black experience, highlighting culture and serving as a driving force for social change. The 2019 “BET Awards” will air LIVE on Sunday, June 23 at 8 pm ET from the Microsoft Theater in Los Angeles, CA on BET.

Regina Hall is one of entertainment’s top leading actresses and a renowned comedian. She is best known for her leading roles in “Girls Trip” and the internationally recognized “Scary Movie” film series. Hall recently broke records when she was named the first African-American woman to win “Best Actress” by the New York Film Critics Circle for her role in “Support the Girls.” Most recently Hall executive produced “Little” for Universal and can currently be seen in  Showtime’s “Black Monday”.  Up next, Hall will be seen in the Warner Bros. film SHAFT opposite Samuel L. Jackson, Jessie T. Usherand Alexandra Shipp. The film is set to release June 14th, 2019.

As previously announced, Cardi B dominates this year’s nominations with a total of seven, including Best Female Hip-Hop Artist, two separate nods in both the Best Collaboration and Video of the Year categories, Album of the Year and the Coca-Cola Viewers’ Choice Award. Drake follows with five nods for Best Male Hip-Hop Artist, Video of the Year, Best Collaboration and the Coca-Cola Viewers’ Choice Award. Other leading nominees include Beyoncé, Travis Scott and J. Cole who received four nominations each, with Bruno Mars, 21 Savage, Childish Gambino, H.E.R. and Ella Mai each scoring three nominations.

BET Networks recognizes artists, entertainers, and athletes across 20 categories with the 2019 “BET Awards”nominations. The nominations are selected by BET’s Voting Academy, which is comprised of fans and an esteemed group of entertainment professionals in the fields of television, film, music, social media, digital marketing, sports journalism, public relations, and the creative arts.

Connie Orlando, Executive Vice-President, Head of Programming at BET will serve as Executive Producer for the 2019 “BET Awards” along with Jesse Collins, CEO of Jesse Collins Entertainment.

BET Networks, an entertainment powerhouse, once again brings the BET EXPERIENCE AT L.A. LIVE (BETX), June 20 – 23, 2019 presented by Coca-Cola®. This four-day event will be filled with music concerts taking place at The Novo by Microsoft and STAPLES Center; the BET Fan Fest at the Los Angeles Convention Center including seminars, celebrity basketball games, celebrity meet & greets; and other special interactive events. The weekend will be capped off with the “BET Awards” on Sunday, June 23, 2019 at Microsoft Theater. VIP Packages are the ONLY way to get BET Awards tickets, great seats to STAPLES Center shows, and exclusive access throughout the biggest summer weekend in entertainment. More information and tickets and VIP packages available at Bet.com/bet-experience.html.

TO APPLY FOR MEDIA CREDENTIALS FOR THE 2019 “BET AWARDS” PLEASE VISIT https://awards19.pvitl.com/registration/media_applicationDEADLINE FOR CREDENTIALS REQUEST IS JUNE 10th

Jesse Collins Entertainment (JCE) is a full-service television and film production company founded by entertainment industry veteran Jesse Collins. For more than a decade, Collins has played an integral role in producing some of television’s most memorable moments in music entertainment. Collins has produced groundbreaking and award-winning television programming, including “BET Awards,” “Grammy Awards,” “Soul Train Music Awards,” “BET Honors,” “UNCF An Evening of Stars,” “ABFF Awards” and “BET Hip Hop Awards.” Collins was an executive producer of the hit TV series “Real Husbands of Hollywood,” starring Kevin Hart, and the critically acclaimed “The New Edition Story,” a biopic on the boy band that aired as a three-part mini-series on BET in January 2017.  He is also the executive producer of VH1 shows “Dear Mama” and “Hip Hop Squares” with Ice Cube. Most recently, JCE executive produced “The Bobby Brown Story.” The mini-series picked up where “The New Edition Story” mini-series left off and chronicled the talented but troubled singer’s exit from the popular 80s boy band through his solo success. It debuted on BET in September 2018and was the highest rated non-tentpole program on the network since “The New Edition Story.” Next for JCE is the second season of “American Soul” on BET and Netflix’s upcoming series “Rhythm and Flow.”

The “BET Awards” is one of the most-watched award shows on cable television, according to the Nielsen Company. The “BET Awards” franchise remains the #1 program in cable TV history among African-Americans, and it is BET’s #1 telecast every year. It recognizes the triumphs and successes of artists, entertainers and athletes in a variety of categories.