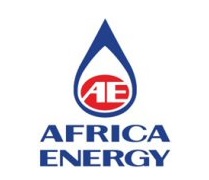 VANCOUVER, April 25, 2018 /CNW/ – Africa Energy Corp. (TSX VENTURE: AFE) (“Africa Energy” or the “Company”), an oil and gas exploration company with assets in South Africa and Namibia, announces that it has successfully completed the book-building for the equity issue, on a private placement basis, of common shares in the Company (the “Common Shares”) announced on April 24, 2018 (the “Private Placement”).

Africa Energy previously announced the intention to raise gross proceeds of USD 40 million. The Private Placement generated strong interest from international investors, and the Company has therefore decided to increase the size of the Private Placement to approximately USD 45 million.

Payment for the Common Shares will be made in cash. The expected gross proceeds from the offering will be used to finance the Company’s acquisition, drilling and other joint venture costs for its projects offshore South Africa and offshore Namibia, as well as for general corporate purposes, including listing and transaction costs.

“The strong investor demand in the private placement demonstrates renewed market support for international oil exploration.  This transaction funds our two high-impact exploration wells scheduled to spud this year offshore Namibia with Tullow and offshore South Africa with Total.  We expect the secondary listing in Stockholm to increase our trading liquidity and provide access to a wider retail and institutional investor base in Europe.”

Pareto Securities AB acted as manager and bookrunner for the Private Placement.

Completion of the Private Placement will be subject to certain customary conditions including, but not limited to, execution of subscription agreements between Pareto, or the Company, and the subscribers and TSX Venture Exchange approval.

Note that payment obligations in respect of the previously announced transactions for Block 11B/12B offshore South Africa are subject to close and conditional upon, among other standard conditions, TSX Venture Exchange and South African governmental approval, which is expected by July 2018. For the avoidance of doubt, the closing of the Private Placement is not conditional on closing the Block 11B/12B transactions. If closing of the transactions does not occur, the Company will use the funds for general corporate purposes, where the intention is to fund new assets and/or drilling activities.

Africa Oil Corp., a related party of the Company, participated in the Private Placement and acquired 144,956,250 Common Shares, increasing its holdings in the Company from 28.5% to 34.6% of the issued and outstanding shares. The issuance of Common Shares to Africa Oil Corp. constitutes a “related party transaction” as defined under Multilateral Instrument 61-101 (“MI 61-101”). The transaction will be exempt from the formal valuation and minority shareholder approval requirements of MI 61-101 pursuant to sections 5.5(b) and 5.7(e), respectively, of MI 61-101. In that regard, the Company’s Board of Directors and, separately, its independent directors considered the Company’s current cash on hand and its current financial obligations, including its funding obligations in respect of Block 11B/12B and have determined, unanimously in both cases, that failure to complete the Private Placement would cause significant financial hardship to the Company.

Africa Energy Corp. is a Canadian oil and gas company listed on the TSX Venture Exchange under ticker symbol “AFE”. The Company is part of the Lundin Group of Companies and is actively building an exploration and production portfolio across Africa.

The information in this press release does not contain or constitute an offer to sell or acquire, a solicitation of an offer to acquire, subscribe or otherwise trade in shares or other securities in Africa Energy.

This press release may not be published or distributed, directly or indirectly in or into the United States or any other jurisdiction where such action is wholly or partially subject to legal restrictions or where such action would require prospectuses, registrations or other actions in addition to what follows from Swedish or Canadian law. Nor may the information in this press release be forwarded, reproduced or disclosed in such a manner that contravenes such restrictions or would require such requirements. Failure to comply with this instruction may result in a violation of applicable securities laws.

Certain statements contained in this press release constitute forward-looking information. These statements relate to future events or the Company’s future performance, business prospects or opportunities including, without limitation, statements with respect to the satisfaction of closing conditions and proposed closing date of the Private Placement, which are based on assumptions of management.