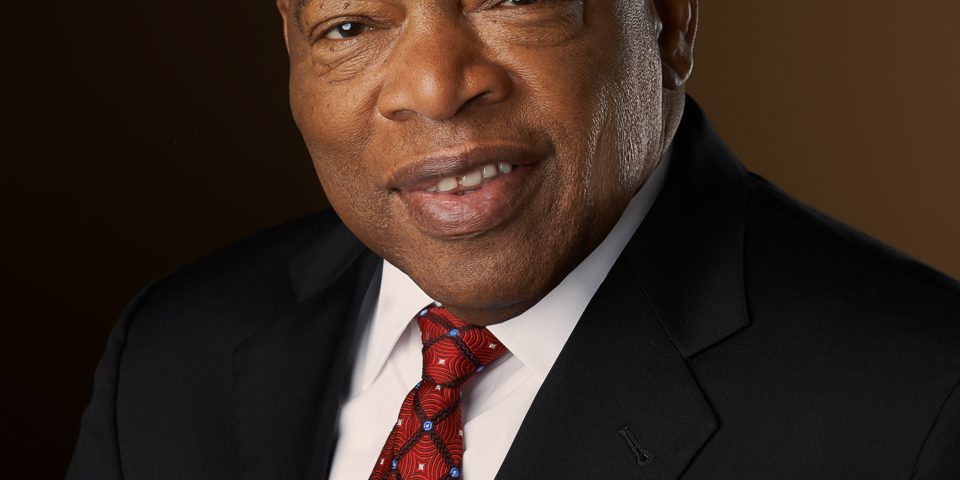 The medallion was presented by AJC President John Shapiro to Lewis at an AJC event last night at the National Museum of African American History and Culture. More than 150 AJC leaders from across the U.S. have gathered in Washington for a series of meetings and advocacy on Capitol Hill. A dozen Members of Congress joined the AJC audience for the event honoring Congressman Lewis.

“No one in public life is as admired as a prophetic voice which calls on us to live up to our most fundamental values and greatest aspirations, to strive to make this nation a more perfect union, as John Lewis,” said Shapiro. “Congressman Lewis is an American hero and a great friend of AJC and the American Jewish community.”

The medallion is AJC’s highest honor, and it is given in recognition of a lifetime of exceptional service in the cause of human liberty and human rights. Previous recipients include Presidents Lyndon B. Johnsonand Ronald Reagan, the Rev. Martin Luther King, Jr., and Nobel Peace prize laureate Elie Wiesel.

“Pioneering civil rights leader, unrelenting champion of human dignity, we celebrate your lifetime of conscientious public service to make real the American promise of liberty and justice for all,” states the inscription on the AJC award.

Thanking AJC for “this great honor,” Rep. Lewis recalled how more than 60 years ago he was inspired by Rosa Parks and Dr. King “to find a way to get in the way.”

Lewis thanked “members of the Jewish community for getting in trouble” with him and many others in the civil rights movement. “We walked together, marched together, bled together, and in some cases died together.”

Lewis expressed special appreciation for all AJC has done, “for never giving up or giving in, for keeping the faith and eyes on the prize. We need you now more than ever before.”

Lewis, a longstanding friend of AJC, founding co-chair of Atlanta’s Black-Jewish Coalition, has served in the U.S. House of Representatives since 1987.