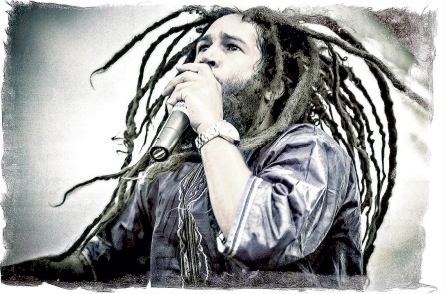 THOUGH his grandfather and father are among Jamaica’s respected architects, singer Alex Marley says designing buildings and working construction sites was never his calling.

Marley, 26, has been recording since he was 11 years old. But it was not until last year that he stepped up his studio game, working with producer Diavallan ‘Dia’ Fearon on a series of songs.

Some of those songs made the cut for Alex Marley: Melodies Of a Rebel, his first album, which was released in April. The songs, I Look Forward and All In Your Mind, were recently released.

The latter has an uplifting message for the marginalised.

“It’s about overcoming obstacles. It’s saying, if Bob Marley can come from Trench Town an’ mek it an’ our athletes can achieve all these great things, all it takes is determination,” said the stocky Marley. “That’s what we want to show the youths, it’s all in your mind.”

Marley’s family are owners of Marley and Plant, one of Jamaica’s established construction companies. His father Peter and grandfather Noel are architects. Noel Marley is a relative of Norval Marley, Bob Marley’s father.

“I never looked that way… It was always music.”

Melodies Of a Rebel is released jointly by Fearon’s Builder’s Music and Marley’s Alex Marley Music.

For the original report go to http://www.jamaicaobserver.com/entertainment/Alex-Marley-building-melodies_15556215