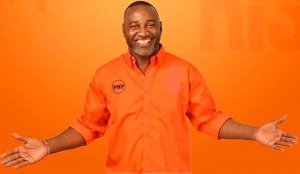 Senior Superintendent of Police Shand, who also heads The Centre For The Investigation Of Sexual Offense and Child Abuse (CISOCA).

“I am aware of a document in circulation on Social Media . We do not have a live person. Dr. Dayton Campbell is the person on the document.”

Canada et al are more relaxed as it relates to the internet.

Section 9 of the cyber crimes act in Jamaica,  inciting and obscene or malicious communication is illegal. False allegations circulated on the net is a criminal offence in In Jamaica.  In Canada and elsewhere there is more latitude as what can be posted.

Dian Gordon Harrison,  a lawyer, head of the Child Protection Agency has weighed in on the allegations.

“I have heard of the allegations, we need to identify a live complainant.  We have asked for persons to come forward.”

One Cross and Stamp are alleged complaints?  There is one particular PNP activists alleged to be one Natalie Stamp.  We are not even sure at this time?. Neither the police. Just a juicy piece of news. Dr. D. Campbell has many enemies who seem to want to destroy him. We cannot rule this out. Politics can be very dirty.

Campbell’s attorneys  by letter  dated 24 The March 2021. Henling, Gibson et al have asked the complainants to retract allegations by Friday of this week or face the full force of the law.

“We are all stained.  These are serious allegations. We need to ask the authorities to investigate.”

“People who make such allegations must come forward.”

Dennis Daley and Lisa Hanna could not be located for comment.

The Deputy Police Commissioner has confirmed that Dr. Dayton Campbell is being investigated. We will interview suspect in the presence of his attorney.

Unprofessional elements are using their very powerful positions in the media to tarnish a suspect’s character by innuendo.  This is immoral, if not distasteful, demeaning, disgraceful and damaging. We need to stop such conduct.  Leave the politics out of the business of reporting. Deal with the facts without fear or favour. Full stop.

We must respect a long standing convention that a suspect is considered innocent until proven otherwise.  Dr. Dayton Campbell has not been arrested or charged for any offence. This fact needs to be made very clear. Let us do unto others as we would like to be treated.  Do not fall for low down tactics. Let us be honourable.

Hopeton O’Connor-Dennie is a veteran journalist who has a passion for Fairplay and the highest ethical standards in the media. He also has international exposure.