Ambassadors from Philippines, Norway among 7 killed in Pakistan helicopter crash 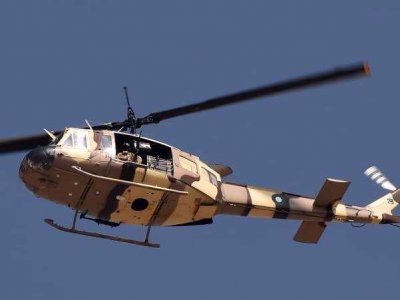 ISLAMABAD _ The ambassadors to Pakistan from the Philippines and Norway and the wives of the ambassadors from Malaysia and Indonesia were killed Friday when a Pakistani army helicopter carrying foreign dignitaries made a crash landing in the country’s north, the military said.

The army’s spokesman, Maj. Gen. Asim Bajwa, tweeted that the MI-17 helicopter was forced to make an emergency landing. The helicopter’s two pilots and a crew member were also killed, he said, adding that the surviving passengers, including the Dutch and Polish ambassadors, received “varying degree of injuries.”

The helicopter was on route to the northern village of Naltar where Prime Minister Nawaz Sharif was to attend a public ceremony to inaugurate the newly installed chair-lift at a ski resort. Sharif was in his own plane on route to Naltar when the “tragic news” was conveyed to him, according to a statement from the prime minister’s office. It said Sharif returned to Islamabad in the wake of the crash.

The Pakistani Foreign Ministry said the heads of diplomatic missions from more than 30 countries, along with their family members and some Pakistani dignitaries, had been flown to the city of Gilgit by a C-130 aircraft.

“From there, they were being taken to Naltar in four helicopters for a three-day excursion trip,” the ministry statement said.

Romania’s ambassador to Pakistan, Emilian Ion, was on the same helicopter and survived, the Romanian Foreign Ministry said. Pope Thrower, assistant spokesman for the U.S. Embassy in Islamabad, said, “No American Embassy personnel participated in this trip.”

Sharif, in his statement, expressed his “deep grief and sorrow over the tragic incident” and said he “extended heartfelt condolences to those who lost their lives in this incident.”

Sharif also announced a national day of mourning, according to his office, which said helicopters were evacuating the injured diplomats and that the bodies were being transported to Islamabad.

The Pakistani Talban issued a statement claiming they had shot down the helicopter with an anti-aircraft missile. It was impossible to immediately verify the claim, and unclear if it was merely an opportunistic attempt to claim responsibility for an unrelated incident. Pakistan’s Minster for Defence, Khawaja Muhammad Asif, made no reference to the Taliban claim but said in a statement that initial reports suggest the crash was due to a “technical fault.”

Pakistani security forces have been fighting militants in the country’s northwestern tribal regions bordering Afghanistan for the past several years. Pakistan launched a massive operation in the North Waziristan tribal region last year and since then the army says it has killed more than 1,200 militants there.