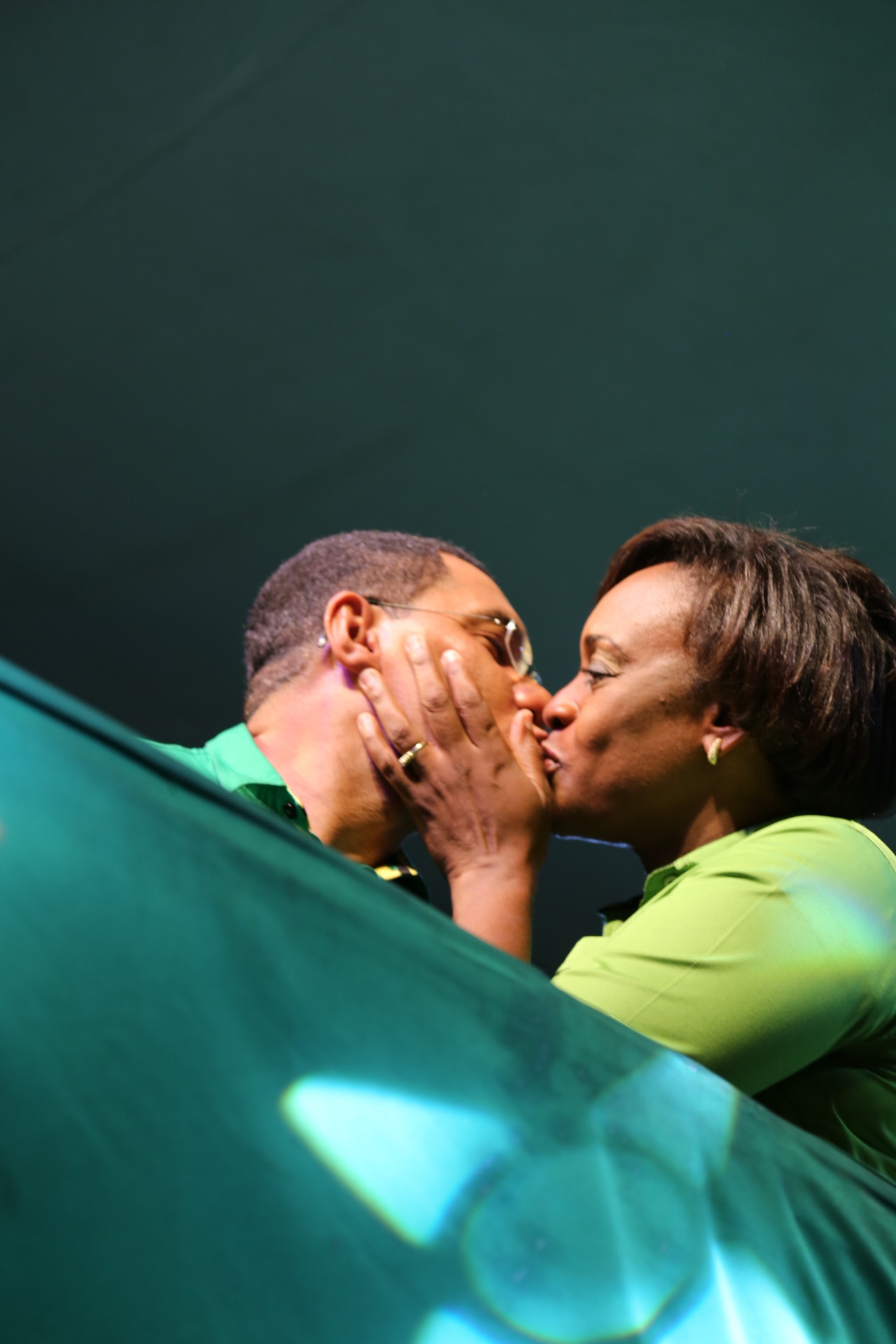 Opposition Leader Andrew Michael Holness kisses his wife & Candidate Juliet on stage at Sam Sharpe Square, Montego Bay, Jamaica W. I., on Sunday night February 7, 2016. long before the unfortunate incident  at the end of the Rally

As the election fever heats up in Jamaica with polls showing the JLP ahead in the polls by some 8 percentage points, there has been desperation in the PNP camp.

1) Can the security forces explain how a gunman could carry an Ak47 publicly as is claimed into a public Rally with the Police and ARMY present and no suspect held?

2) In Canada heads in the security forces would immediately roll, and rightly so …. do say if I am incorrect?

3) What was the security plan for this public meeting … for which a permit was granted by police?

3) There are rumours that it was a state sponsored attack …. a form of Palace Coup … is there any truth to this rumour?

4) A call has been made to INDECOM to investigate this attack at the JLP Rally … three were killed, 4 injured when the shooting stopped?

5) Why would JLP supporters shoot up their own meeting?

6) The propoganda machine is working overtime … to detract from their murderous plots and lies?

With an estimated 120, 000 green clad labourites … the PNP panicked … they say it was not their doing … declared campaign Director Dr. PETER PHILLIPS of the PNP.

HOLNESS was outlining his 10 point plan at the podium … see some highlights below :-

A) 1.5 million Jamaican dollars must be earned before income tax is payable …

Dr. Peter Phillips and PM have been struck by Holness’ plan …and have chosen to bad mouth same …Holness said they are “bad minded” …as he spoke to journalists today after being nominated at Rosalee Avenue in Kingston Jamaica W.I.

General Elections are to be held February 25, 2016. Holness and his wife survived this appatent assassination attempt on their lives.