Moonie speaks out in Kartel’s defence 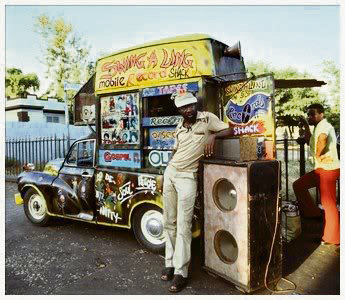 Lifeline for many: the soundsystem culture opened income avenues for musicians and vendors alike

Lifeline for many: the soundsystem culture opened income avenues for musicians and vendors alike

With its incomparable, colourful creative expression, dancehall music is one of Jamaica’s greatest exports. That said, many members of its fraternity have expressed concerns regarding the genre’s lack of business administration and strategic direction.
DJ Amber – host on Jamaican radio station Irie FM – said that “Jamaica is in dire need of some organisation for the entertainment business”. It appears as though these concerns are beginning to be addressed – to some extent – through legal changes which have been implemented.
The Jamaican Ministry of Tourism and Entertainment is now more stringent in enforcing the ‘Noise Abatement Act’; the operative word is ‘enforcing’ as the act was originally created in 1997. What it entails is that parties must end at midnight during the weekdays, and 2am on weekends; this is justified as a noise control measurement.
The change has partially been defended by some Jamaicans; though far pushed to voice a positive opinion on the matter, singjay Wayne Marshall did permit that “(It’s more bad than good, but…) the little good is that it encourages people to ready for the day: school run, work etc.”

When speaking to the former chairman of the ‘Jamaican Reggae Industry Association’ (JARIA), none other than Grammy-nominated artist Freddie McGregor, it became clear that JARIA played a key role in the resurfacing of this act. McGregor said: “ We (JRIA) are the people who instigated changes such as the ‘Noise Abatement Act’. It is not the government they’re only taking credit because it falls under their portfolio.”
The veteran rumbled: “The ball is rolling and now there are more developments adding to the progress. For example, the they are now looking at establishing venues that better accommodate these events and even zoning areas for events to take place. These measures will help to alleviate the current situation; it all goes hand in hand. ”

That said, the abatement has not gone down well with the people in Jamaica. Whilst the JARIA are argued to have had an input in this act, ordinary citizens were excluded.  What’s more, many people make a living through dancehall, be it via the music or the party culture which underpins it. The act begs the question ‘how do the people, who once depended on these parties for income, survive?’

Artist Mavado is a champion of dancehall and weighed in on the controversy, declaring to Irie FM that the act “makes dancehall suffer and also the youths who eat off of it suffer.” On a recent trip to England, Grammy-award-winning Damian Marley said: “I think it’s rubbish, I don’t like it. It’s not very supportive of the genre of reggae and this is certainly not the Jamaica I knew, growing up. One thing I loved, back then, was being able to stay indoors and hear parties, the sound, the music…”.

There seems to be a lot of negative dimensions to this debate! Some argue that the abatement dampens creativity, as the sound system culture has been vital for reggae/dancehall’s creative pool. After all, there is a reason why the genre is so successful and globally revered. On the topic of communal spirit, this act may well disintegrate people who would use these events as a place to commune, plan projects and unwind in their ‘chill-spot’. Are the Jamaican government inadvertently plucking away at the adhesive which fortifies the country’s motto “out of many, one people”? It’s all relative.

Sure enough, the ‘Noise Abatement’ act has been flanked by talks of more changes to come. As of 1st September, the Ministry of Tourism and Entertainment introduced the ‘Entertainment Registry’ a central portal for the listing of Jamaican entertainment services/companies.
It will certify and register local entertainment practitioners including ‘promoters’, hold details of the nature of business, and contact information. It will be maintained by the ministry, a body who have been repeatedly accused of not protecting the interests of the entertainment industry!
All events will also be subject to a ratings system which will reflect what their event is, what activities take place therein and what age group it is aimed at.

According to popular talk-show hosts Irish and Chin, the Minister in Entertainment Damion Crawford rationalised the register as “a very important move in allowing for freedom of movement, but also extremely important for tools of trade for artistes to benefit from tax waivers and assisting them in plying their trade.”
Tax concessions are always a good thing but whether or not these will materialise once the register comes into effect, remains to be seen.  In any case, this registry is just in the early stages and we are yet to hear mass feedback from those who this will affect the most – the promoters, artists and entertainment business owners. However, it is expected that we will!