Grange to Jackson: You’re on the podium! 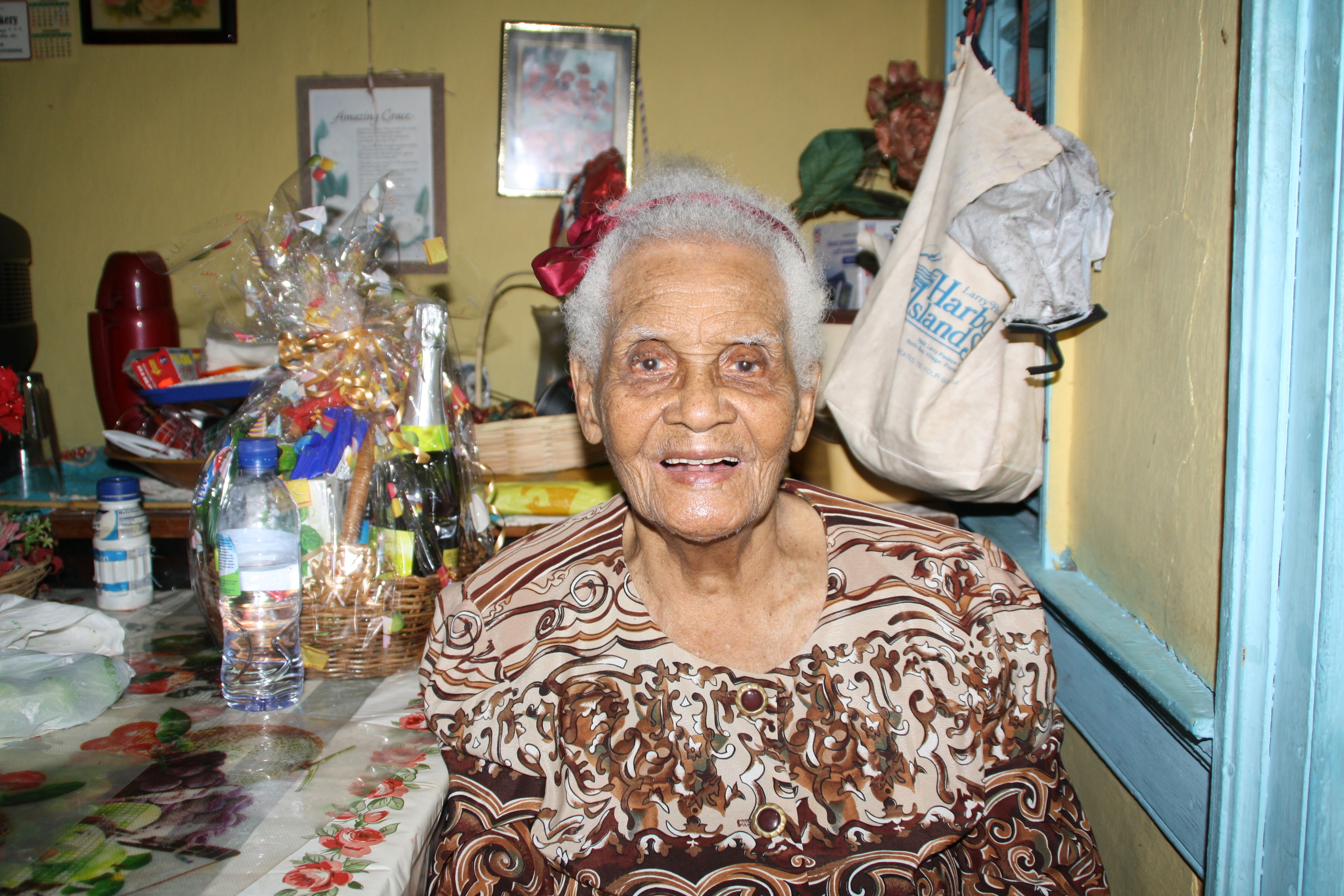 The normally quiet district, off the beaten track of York, Bensonton, St. Ann, Jamaica W.I.. was the venue for a birthday party for Aunt Flossie Louise Russell 107.

Reverend Barrington Litchmore, Circuit Superintendent, Methodist Church for Beechamville & Bensonton, St Ann. was in attendance and shared in the cutting of a beautifully decorated birthday cake.

The celebrated birthday honouree was featured with a picture in the 50th Anniversary edition of the National Insurance Scheme’s Supplement that was published by the Jamaica Observer Newspaper, page 9, May 15, 2016.

MP for the area Lisa Hanna had delivered a gift basket in honour of her 107th birthday. She was not present for the birthday party.

The birthday celebration was well attended by a host of relatives, church family and well wishers near and far. Among those in attendance were: Deacon Racquel Clemming, of the Beachamville and Bensonton circuit of Methodist churches who asked for God’s blessings on the proceedings. Also there were Mr. & Mrs. Rupert Onfroy, Mr. Bryan Smith, Mrs. Lena Drummond, Mrs. Eldred Kerr, Ms. Mavis Lewis. Mrs. Claris Smith and others.

She received a most significant
phone call from Rev. Christopher Mc Catty who called to congratulate the centurion on this significant milestone of attaining 107 years. It was a picture to behold to see Flossie beaming with delight on receiving this call.

It was also a beaming birthday girl who welcomed all and partied for hours as she demonstrated grace and unbridled dignity. Mrs. Flossie Louise Russell was born on the 8th August 1908. At 107 she has all her faculties in tact and is still mobile.

“God has been my guide” she asserts. “This has kept me all these years.” as she tries to explain her long life exclusively to Vision.

Hopeton O’Connor Dennie, SIC was there and filed this report for vision newspaper Canada.