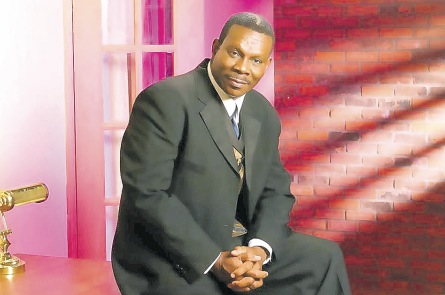 GOSPEL singer George Banton’s song, Joy Down in My Heart, is featured in the hit movie Bad Grandpa which stars Johnny Knoxville.

Banton wrote the track which is from his album Leave Me At The Altar.

Speaking with the Jamaica Observer from his home in Toronto, Canada, he said producers of Bad Grandpa contacted administrators of his publishing company, GPL, and expressed interest in using the song for their film.

“I believe the title and the actual song is what got their attention. It seemed to match the scene perfectly,” he said, adding: “I’m just giving thanks for where the Lord has brought me from. When I think about so many songs in the world, mine got selected.”

Knoxville stars as Irving Zisman, who at age 80 gets custody of his eight-year-old grandson (played by Jackson Nicoll) whom he “introduces to a range of vices”.

Released in October by Paramount Pictures, Bad Grandpa grossed over US$81 million.

It is currently being shown locally by the Palace Amusement Company Limited.

George Banton hails from St Elizabeth. He started his career as a secular artiste in the early 1970s but switched to gospel after becoming a Christian.

His gospel releases include Sit Down Servant, Sign Me Up and I’m Next In Line For My Blessing.

For the original report go to http://www.jamaicaobserver.com/entertainment/Banton-s-joy-goes-to-the-movies_15459111