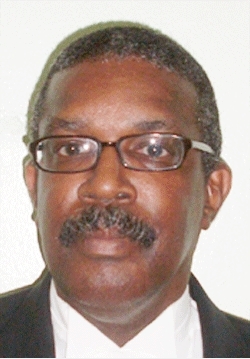 The explosive ruling by Chief Justice Kenneth Benjamin of Belize to legalize “Unnatural Crime Law” … has sent ripples throughout countries which still have the buggery law on their books. This oral ruling has been welcomed by the gay community. Frowned on by Lawyers Christian Fellowship (LCF), and others.

“We saw the Belize low as low hanging fruit” declared a source close to university who asked not to be identified.

Jamaica has the buggery law on our books. This law makes the act of men having sex with men as illegal (MSM).The Belizean ruling has “no bearing on Jamaican law” declared Bert Samuels, a noted defense lawyer … reacting to the Benjamin oral ruling in Belize.

This was the avenue used to pursue the now famous Shanique Myrie case … a
Jamaican, who successfully brought an action against the Barbados government for “discrimination”

It is envisaged that a new or independent action will next be taken to the CCJ and it is felt that the CCJ will be hard pressed to rule in another direction on the buggery issue. Any action brought from a member who has signed onto the final Court will have to be ruled on as the CCJ would have locus standi. The plan appears to be to attack the buggery law through the CCJ. Expect an urgent rear guard action in support of the repealing of the buggery law regionally.

The bible frowns on “anality” as “retrobate” conduct. The Belizean ruling is likely to be very offensive to many Jamaicans. Some 50, 000 rallied against the buggery law in Jamaica … led by the churches.

The Belizean ruling can now be used as having set a precedent to any future ruling on this “messy” issue.

In the case of the legalization of ganja use in Jamaica W.I. this was for “2 ounces only” for recreational use and not an open route for shipment of large quantities.

Try to study the legal changes as ignorance is no excuse under the law.

Is this prosperity … for …
Those with preference for anality?

As usual the verdict is yours.

By Hopeton O’Connor-Dennie who is Senior International Correspondent & photojournalist for Vision Newspaper Canada.