Billions To Be Spent On Upgrading Health Facilities 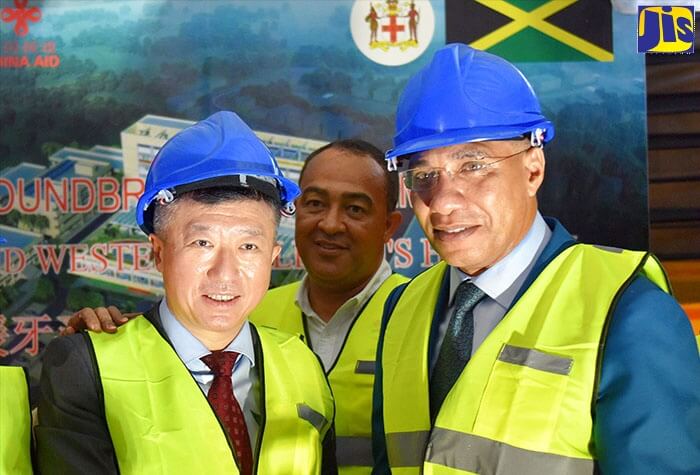 Minister of Health and Wellness, Dr. the Hon. Christopher Tufton, says the Government will be spending billions of dollars over the next three to five years to respond to critical needs in the public health sector.

The Minister, who was speaking at the ceremony to break ground for the Western Children and Adolescents Hospital in Montego Bay, St. James, on October 23, said seven hospitals and 10 health centres are to benefit from the undertaking, which will be financed by the Inter-American Development Bank (IDB) as well as the Government of Jamaica.

“Last November, we signed a financing agreement valued at US$100 million with the IDB to support public health in Jamaica. I must point out that the Prime Minister, the Most Hon. Andrew Holness, has been crucial in driving that charge. A sum of US$50 million or J$6.2 billion, together with the Government of Jamaica funding, will be used to respond to critical infrastructure needs,” he noted.

He said that the Bustamante Hospital for Children will receive some $166 million to upgrade and expand paediatric care in Kingston, while the Spanish Town Hospital will be upgraded to the tune of some $3.1 billion.

“Also, we will be spending $463 million at the St. Ann’s Bay Hospital; $238 million at the May Pen Hospital; Kingston Public Hospital… a projection of some $2.3 billion…and …the Cornwall Regional Hospital… will see expenditure of some $3.5 billion,” he informed.

In addition, 10 health centres will be upgraded to the tune of $1.8 billion, including the construction of waiting areas and medical records departments, pharmacy and laboratory facilities, as well as sanitary conveniences for staff and patients.