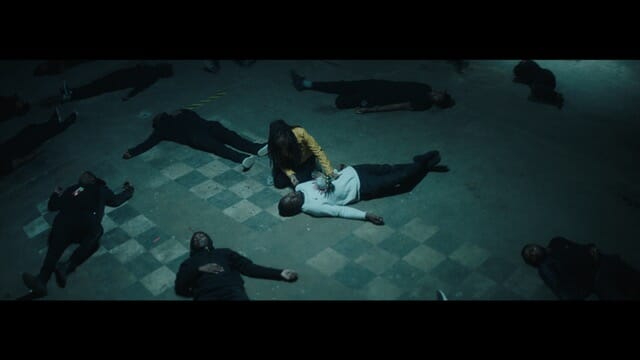 TORONTO, ON, FEBRUARY 25, 2019 – Closing out Black History Month on a high note, Toronto filmmaker Kelly Fyffe-Marshall unveils a captivating film project aimed at inciting and continuing conversations surrounding injustices faced by people of colour beyond the month of February. The two-part short film named, Marathon + Black Bodies, follows a man on his journey as he comes face-to-face with the realities of being Black in 2019.

After dealing with a high-profile, near viral incident of racial bias in California last year, Fyffe-Marshall was compelled to turn to art for healing and a way to work through the trauma. Through this process, Marathon + Black Bodies was born.

“This project was birthed as a response to the state of our current society, an answer to the question; What is it like to be Black in 2019? I wanted to tell a story for a people who are constantly ostracized, appropriated and targeted,” says Fyffe-Marshall. “What does this weight feel like without words? What is the feeling that wells up inside every time you hear of an injustice? How does it feel to be powerless and so powerful almost simultaneously? It is difficult to encapsulate this trauma into words, so this film allows for people to let the moving images speak for themselves.”

Teaming up with cinematographer Jordan Oram (Drake’s God’s Plan, In My Feelings), along with artists Komi Olaf and Donisha Prendergast as lead cast members, the Toronto-based team sought to create a visually captivating and emotive piece that honours the power found in the perseverance that people of colour deal with daily.

Fyffe-Marshall continues to use film as a medium to change perspectives and share powerful messages. Her mission is to incorporate her passion for community development and advocacy to deliver hard hitting stories that make a genuine impact.

Media are invited to attend a private screening of Marathon + Black Bodies:

WHAT:  Following the screening will be a conversation with the Director as well as live spoken word by Zakisha and musical performance by Tika Simone.

The director, cinematographer and key creative team are available to speak with media prior to and following the screening on February 28th. Please RSVP with Nicole at the contact information below.

About the Director, Kelly Fyffe-Marshall

Kelly Fyffe-Marshall, is a dedicated director striving to solidify her mark amongst the film industry’s finest. Kelly has directed music videos, web series episodes and short films in both England and Canada. With her expansive experience Kelly serves as a juror for the Academy of Canadian Cinema and Television, a mentor of Black Women Film Canada, and was most recently invited to speak on the power of art and activism at Toronto’s 2018 TEDx youth event. Her most recent work includes short film Haven (2017), which premiered at SXSW and Cannes, France.