TULSA, Okla., June 4, 2021 /PRNewswire/ — Tyrance Billingsley, II and impact and innovation company SecondMuse announced its first group of community supporters who are working with Black Tech Street to build a tech hub of Black entrepreneurs in what was once the wealthiest and most successful Black community in the United States before it was destroyed by government-backed racism and hate. 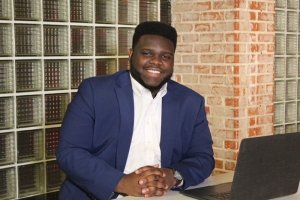 “With the help of these partners, Black Tech Street will catalyze a global movement that takes the charge of Black Wall Street to the 21st century to see Black people everywhere embrace technology as a medium to hike wealth and positively impact the world,” said Billingsley. “Our mission is to build a new system that unshackles the innovative and creative capability of Black people and allows for widespread access and participation in wealth creation.”

Beginning in Tulsa, Black Tech Street aims to create a national movement of Black tech excellence. The founding program in Tulsa will stand out as an opportunity for Black tech entrepreneurs around the world and serve as a model for communities wanting to create a tightly knit and collaborative ecosystem of Black entrepreneurs to support and innovate with one another.

“Black Tech Street will mark the beginning of a national movement to fundamentally build a more inclusive technology sector that will give rise to more innovative and creative technology without the blindspots of the current tech sector,” said SecondMuse Co-CEO Todd Khozein. “Tyrance’s vision and the program’s ethos of being built from within the community exemplifies the sort of success we have fostered over the years that builds up entire economies where everyone, especially historically marginalized communities, has a fair shot.”

Billingsley and SecondMuse are in talks with other partners and are in discussions with and have commitments from large institutional donors who are supporting this vision. Those announcements will be made in the coming weeks and months.

As part of its initial efforts to catalyze the next 100 years of Black innovation, Black Tech Street will be launching a call for local Black Tulsan artists to submit designs for a new symbol to represent the vibrancy and prosperity of Tulsa’s Black business and cultural community.

Black Tech Street’s goal is to replace the existing Tulsa symbol of the “Golden Driller” with “The Lady of Arts and Innovation” – represented as a black woman, with imagery that heralds Tulsa’s new age of technological innovation and artistic creativity.

“As the Centennial of the Greenwood Massacre passes, our city needs a new image and symbol to rally around to show that the next 100 years will stand in direct contrast to the last 100 years,” Billingsley said. “The next 100 years will be depicted by a woman of color who represents the brilliance and creativity needed to push Tulsa to a new level of prosperity.”

For more information about Black Tech Street and the call for artists, which will be publicly announced on June 19th, visit: www.blacktechstreet.com.

SecondMuse is an impact and innovation company that builds resilient economies by supporting entrepreneurs and the ecosystems around them. They do this by designing, developing, and implementing a mix of innovation programming and investing capital. From Singapore to San Francisco, SecondMuse programs define inspiring visions, build lasting businesses, and unite people across the globe. Over the last decade, they’ve designed and implemented programs on 7 continents with 600+ organizations such as NASA, The World Bank, and Nike. To find out more about how SecondMuse is positively shaping the world, visit: www.secondmuse.com.