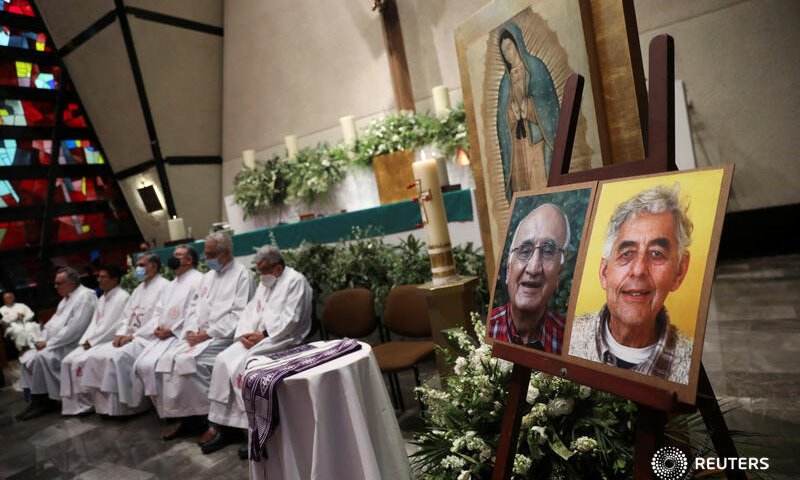 June 24, 2022 | By Colin Jarrett |  Pope Francis has condemned the killings of two Catholic priests and a tour guide whose bodies were found days after the men of the cloth were shot dead inside a Church in northern Mexico.

The three were killed on Monday after a suspected run-in with a wanted drug trafficker in the state of Chihauhua.

The priests were gunned down while trying to help the guide, who ran into their church for help.

Pope Francis calls this gruesome murder a shocking reminder of the level of violence in Mexico.

The bodies of two Jesuit priests and a tour guide shot dead this week in a gang-ravaged area of northern Mexico were found after a major search https://t.co/loNbhZadWe pic.twitter.com/lU3tdC4tRj