Sean Paul – When It Comes To You (Official Video) 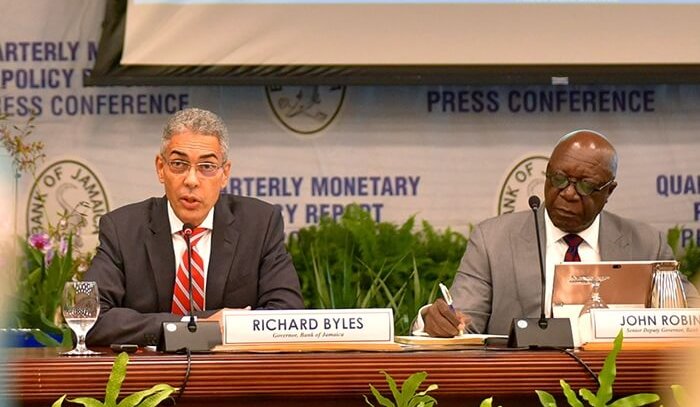 Speaking at the Central Bank’s quarterly briefing at the BOJ in downtown Kingston on August 29, the newly appointed Governor said the positive outlook remains, despite “headwinds” and “clouds of uncertainty” arising from the global economy.

“Domestic economic activity continues to show signs of recovery, although at a slower pace than earlier observed,” he noted.

The Governor added that foreign reserves are at “adequate levels”, the current account of the balance of payments is in a “sustainable position”, the fiscal performance is “strong”, public debt continues to decline at a “steady pace” and market rates remain “generally low”.

“The near-term outlook is for real gross domestic product (GDP) to expand at an average quarterly rate of one to two per cent, which is below the previous projection for a quarterly expansion of 1.5 to 2.5 per cent,” he said.

Consequently, Mr. Byles said the output gap, being growth relative to Jamaica’s economic capacity, will be wider than previously expected, suggesting that inflationary pressures “will, largely, remain contained over the next eight quarters”.

The Governor said notwithstanding the anticipated slower pace of growth, labour market conditions continue to improve, as evidenced by the fall in unemployment, to a record low of 7.8 per cent in April 2019.

“We expect to see even further improvements in labour market conditions over the next two years, with more jobs anticipated in tourism, manufacturing, finance and insurance, and business process outsourcing,” he noted.

Citing the BOJ’s view that the economy continues to “operate below its potential” based on several indicators, Mr. Byles said “we believe that there is room to accommodate a faster pace of growth in economic activity without compromising the inflation target [of four to six per cent]”.

“In this context, the Bank of Jamaica will maintain an accommodative monetary stance to support a faster return of inflation [which stood at 4.3 per cent in July] to the centre of the target [of four to six per cent],” he added.