QUEEN AND MICHAEL JACKSON TRACK TO BE RELEASED 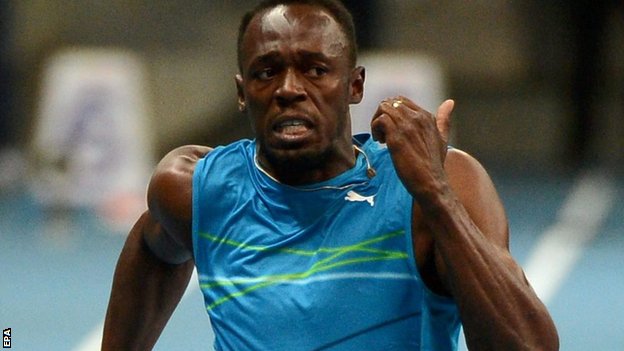 Olympic champion Usain Bolt has brought his season to an abrupt end after withdrawing from the Diamond League 100m final. Despite competing in the indoor qualifiers in Poland on September 6th, clocking in 9.98 seconds, the Jamaican world record holder did not race at the final event in Zurich. This was a decision made not by Bolt, but by his coach Glen Mills – although he will have no doubt been involved in the decision making process.

On the executive decision to pull Bolt out of the contest, Diamond League Final meeting director Patrick Magyar said: “Usain’s body has delivered tremendous performances over the last years, but it is a body and not a machine”. He continued: “If an athlete of that level and his coach feel more rest is needed, we are certainly not going to question this and fully support this decision.”

Despite winning 4x100m gold with Jamaica’s relay team at the Commonwealth Games in August, it has been a fairly inconsistent 12 months for Bolt at the 100m level. The 28-year-old has run just three races this calendar year, all of which were in a non-competitive capacity. His first contest came only on August 17th when he took part in an exhibition race on Rio de Janeiro’s Copacabana beach. Competitively, he has not raced at the 100m since last year’s Diamond League competition in Brussels.

Bolt’s decision to end his season prematurely is perhaps justified, given that he has shown the toll that a niggling foot injury has taken on him, throughout the year, sidelining him for an extended period of time. This is typified by his general inability to finish the 100m in under 10 seconds. This was a feat accomplished by the current 100m world champion for the first time in the calendar year in Poland, prior to the decision to pull out of the Diamond League, albeit setting an indoor world record.

The Jamaican’s decision will seem to make perfect sense if he can regain full fitness come next year, hence showcasing his talents on the competitive stage more frequently.