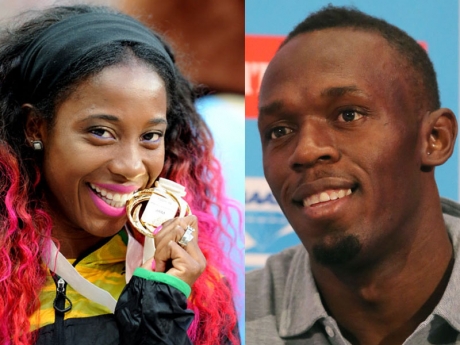 Two Jamaicans are among the 10 men and 10 women shortlisted by the International Amateur Athletic Federation (IAAF) to take the coveted 2013 World Athlete of the Year Award.

The Jamaican athletes named in an announcement by the federation today are Usain Bolt and Shelly-Ann Fraser-Pryce.

An email poll involving the world athletics family begins today, and will close on October 27, at midnight.

The IAAF say the candidates have been selected by an IAAF panel of athletics experts made up of representatives from all six continental areas of the IAAF.

At the conclusion of the voting process, three male and three female finalists will be selected and announced by the IAAF.

The Council of the International Athletic Foundation will select the male and female winners, whose names will be announced during the 2013 World Athletics Gala on November 16.

The Candidates for the World Athlete of the Year Award are:

For the original report go to http://jamaica-gleaner.com/latest/article.php?id=48316