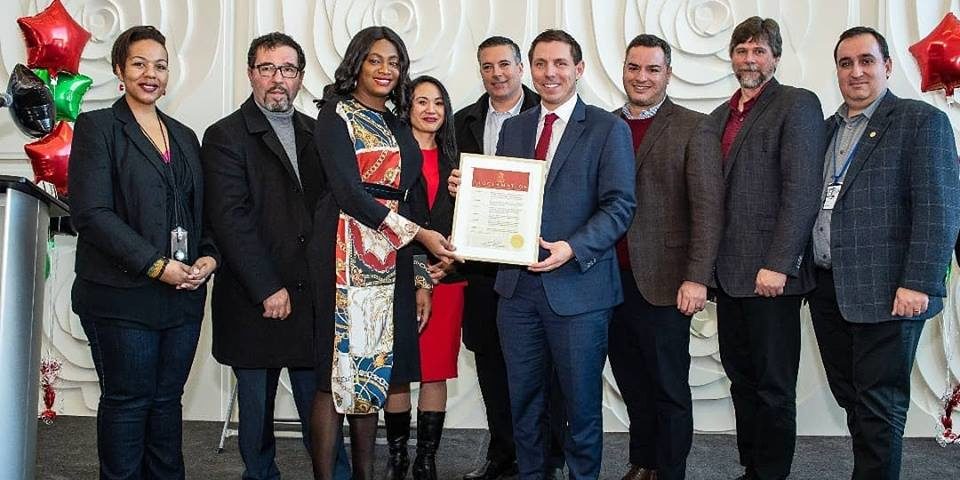 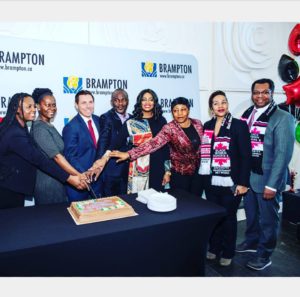 The City of Brampton has decided to celebrate black history month like never before Thanks To Mayor Patrick Brown, City Council and the city’s Black History Month Committee. The Black African and Caribbean Community is an important part of the City of Brampton. As a result the City has three we are events celebrating the contribution of Black Canadians to the cultural mosaic in Brampton. This year is incredibly special as we celebrate with Brampton’s First Black Female City Councillor, Charmaine Williams. 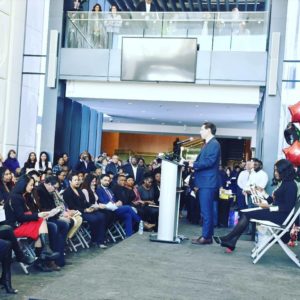 First on the list to kick of black history month was the Flag Raising Ceremony, held on February 1st, 2019 (in light of the weather a flag presentation to Mayor Patrick Brown was done indoors to be risen at after the ceremony and flown throughout the month of February). In the pass city staff has had a small gathering to observe black history month which was just for city staff. However, there has never been citywide event(s) for all members of the community to participate in and attend. This was the first Official Black History Month flag raising ceremony to be held in Brampton. Jamaican born, Kimberlee Shelley-Ajibolade was selected on the behalf of her Black Women Honors and Empowerment to host this event. Ajibolade is the BWHE – Brampton Chapter’s District Manager. She is also author, community activist , HR professional and On the City of Brampton’s Black History Month Committee. 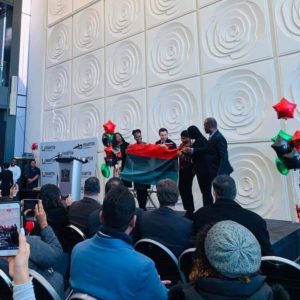 The flag presented was the Pan-African flag, (also called the Marcus Garvey, UNIA, Afro-American or Black Liberation flag,) will be raised, this flag was designed to represent people of the African Diaspora, and, as one scholar put it, to symbolize “black freedom, simple.”

Kimberlee not only had the pleasure of hosting the opening ceremony but present the flag to the mayor on the behalf of The Black History Month Committee and BWHE and Receive the Proclamation from the Mayor and members of City Council. Those in attendance included Mayor Brown ,members of the Brampton city council including Councillor Williams(first Black female to be on the Brampton City Council) Sonia Sidhu PM, who brought officially greetings from Prime Minister Justin Trudeau, Amarjot Sandhu MPP, Kevin Yarde MPP (first black MPP in Ontario), Members of Peel Police and Brampton Fire Department and other delegates. 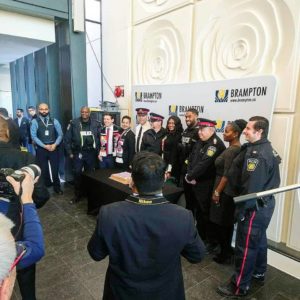 To continue the Black History Celebration the City of Brampton will host :

There will be Free refreshments, vendor booths, kids activities, a special Viola Desmond 10$ Bill exchange (bring 10$ and trade it in to get a Viola Davis 10$ bill in an official City of Brampton 2019 Certificate) along with stage performances that will include dance, poetry, spoken word and music, along with a special officer recognition of Deputy Chief Marc Andrews and Ingrid Berkeley and The Mayor’s Black History Award Ceremony. 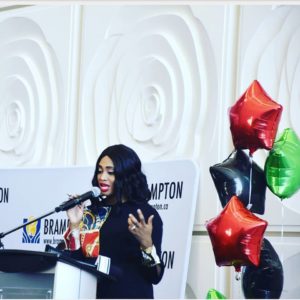 These events are Hosted in partnership with BCAN Peel, Free For All Foundation, United Achieves Community Services Inc., Bringing Talents to Life and Black Women Honors and Empowerment