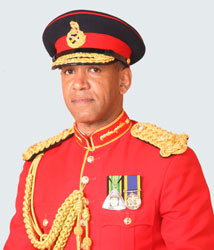 Detention for a ticketable offence is a breach of constitutional rights

Apart from dragging the name of the Jamaica Constabulary Force (JCF) into disrepute the proposed action which would come into effect September 1, 2019 by Bishop Dr. Gary Welsh, now reassigned would be a breach of a citizen’s constitutional rights.

The law would have had to be amended to allow for a ticketable offense to be made into a criminal one. To do as was proposed by Welsh without changing or amending the law would be illegal. This would open the police up to unlawful detention/false imprisonment. This could cost the government millions for unlawful detention.

We are grateful to attorney Clive Williams for his sound advice. Jamaica has prided itself with abiding by the rule of law. Bishop Dr. Gary Welsh was likely intoxicated with ambition and constipated with power when he hatched this plan. “Power corrupts and absolute power corrupts absolutely”. This is a known fact.

The apparent ‘disgraced’ assistant Commissioner of police only has himself to blame. He and others may see his reassigment differently. As usual the verdict is yours.

This is our perspective. Feel free to disagree. We must respect the law. This is not a jungle society.