Breaking News: “There Is A Difference Between A Manager And A Leader” … FBI’s Dr. W. Ratigan, A Jamaican & Muslim. 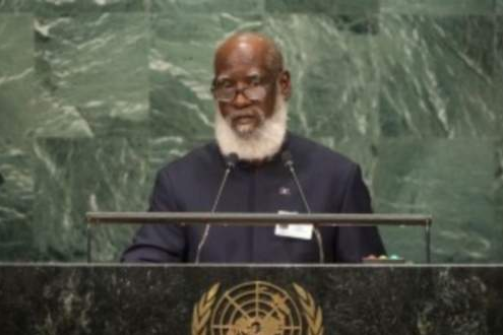 As Jamaica tries to come to grips with its out of control crime situation, there seems to be help on the horizon.  This very qualified Jamaican  is Dr. Wilfred Rattigan, who has retired from the FBI and is still within the retirement age of 60 for the JCF in Jamaica. This previous applicant not short listed,  has a strong interest in becoming police commissioner to replace George Quallo who failed to curb the crime monster.

The won a be has been rejected twice as he did apply to replace Owen Ellington and prior to that his replacement Dr. Karl Williams.

Who is Dr Wilfred Rattigan?

My research reveal that the rejected applicant would bring to the Office of the commissioner of police some 30 years experience in the international law enforcement community.

Special FBI Agent Dr. W. Rattigan is interested in being the next Commissioner of Police to run the thirteen thousand strong Jamaica Constabulary Force (JCF). In a radio interview:

“Too many are in the top command in the JCF.  The FBI make citizens ambassadors to get information.” Asserts Rattigan.  Turning to corruption … the veteran lawman feels this vexed issue has seriously damaged the image of the JCF.  “Because of the corruption problem you can arrest your way out.  It is only a few in the JCF who are corrupt.  I think there are 12 persons in the high Command … under my leadership there would be need only for 5. Send them out on the streets.  It is information that you need at the end of the day.” As Rattgan further opined in the said interview monitored by Vision Newspaper in Kingston, Jamaica W.I.

Dr. W. Rattigan has been a special legal attache’ in many countries working for the USA.

So you would come to the job with a lot of experience and international contacts?

RATT: “Yes, sir. Too many confuse information with intelligence.”

How about proactive policing.?

RATT: “I would divide the country into three regions. Cornwall, Middlesex and Surrey.  MOCA is leaving, this is now an elete organization.

Him no come from the JCF?

RATT: “No matter where you come from you need managers and leaders.  What about the men within the JCF who have failed.?”

“There are those of them who want to come back (home) and I have an international team.  When I was in charge of the Asian unit … I did not want to tell him,  as he is a Muslim.”

Wilfred Rattigan 58. Retired from the FBI as Special Agent. He was also a legal attache’ assigned overseas, (outside the USA.) He did a tour of duty for example in Saudia Arabia  … to mention a country outside continental USA …  where this Jamaican has served in the law enforcement community internationally.

Speaking in a radio interview with Dennis Brooks, the retired FBI Special Agent Rattigan said: “There is a difference between a manager and a leader”

We cannot be unmindful of the fact that as an island state we need partnerships like Canada and the USA … so any person  selected as Commissioner will have to work with these partners.  Therefore, every effort needs to be taken to ensure that each partner is delicately courted.  Will the USA in particular want to deal with Jamaica with Rattigan as Commissioner? This matter cannot be dismissed lightly. Can it be?

We have to be sensitive to the feelings of especially external partners but we should not forget that we are a sovereign nation. At some point we need to stand our ground and be counted.  Our Foreign policy needs to be truly non aligned. We cannot allow ourselves to be used as a puppet.  We cannot also allow ourselves to be seen as anyone’s boy or surrogate. Jamaica consist of self respecting people who are either at home or in the diaspora. We are very proud of our culture and heritage.  We must take charge and be seen to be doing just that despite our geographic size.

We do not have the luxury of time on our hands to select a police commissioner.