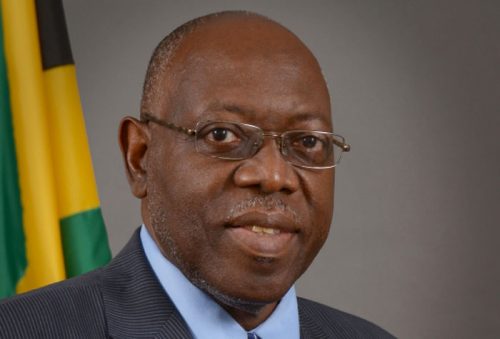 Uncertainty now faces the One PNP team with the latest defection of MP Dr. Fenton Ferguson a six term member of Parliament for St. Thomas Eastern, a PNP held seat.

The People’s National Party (PNP) is celebrating 81 years of existence, but is in the middle of a fascinating leadership challenge. Incumbent president and Opposition Leader Dr. Peter Phillips 69 holds this constitutional position for now, but it is the target of challenger MP Peter Bunting 58 for Central Manchester who will be 59 on September 7 the actual day of the challenge.

The declaration by Dr. Fenton Ferguson who pledged to be neutral in the race for the presidency has shaken the One PNP ground, declared a source who is in the know.

Will it be a fitting birthday present for Peter Bunting? Only time will tell. Dr. Peter Phillips now finds himself losing key support from one of his strong supporters. On Phillip’s two (2) previous races for the presidency he had the support of Dr. Fenton Ferguson. Today Fenton has jumped ship. Gone over to the Rise United team.

The surprises keep rocking the corridors of power in the PNP. We are on record as having stated that this internal Presidential race could get nasty before it ends. Will we proven correct?

This is our perspective on this race as we see it todate. What is yours? The Dr. Angela Brown Burke defection and now Dr. Fenton Ferguson. What else will unfold in this PNP race?

Hopeton O’Connor-Dennie is a veteran journalist and SIC for Vision Newspaper Canada.