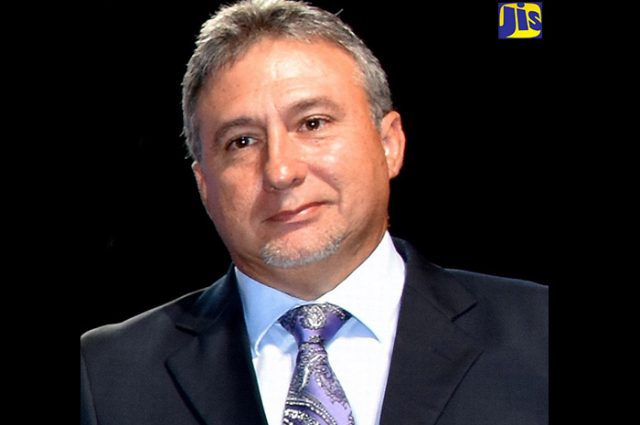 Several business leaders have welcomed the Government’s decision not to implement new revenue measures to fund the 2018/19 Budget, which amounts to $773.6 billion.

Finance and Public Service Minister, Hon. Audley Shaw, in opening the Budget Debate on March 8, indicated that Government expenditure for the fiscal year will be primarily financed from the existing tax and non-tax revenue and grants regime.

He says emphasis will be placed on boosting compliance to improve collections particularly at Jamaica Customs Agency (JCA) and Tax Administration Jamaica (TAJ).

Jamaica Chamber of Commerce (JCC) President, Larry Watson, welcomes the decision, citing it as one of the Budget highlights.

He tells JIS News that the decision reflects a promise kept by the Government, which he describes as “good and solid.”

“I think it is clear that steps are being taken to make Jamaica more efficient in tax collection. The fact that we are seeing the revenues surpassing budgeted amounts is a big positive and hopefully, this is bringing more persons and businesses in the informal economy into the formal economy,” the JCC President says.

He further points to studies indicating a potential reduction in tax rates if all income earners begin fulfilling their statutory obligations.

Noting that “overall the Budget was good” Mr. Watson says it suggests that “we are on a path of recovery” which, he points out, commenced under the previous Administration and is continuing under the current Government.

He, however, expresses concern about crime and the potential to derail economic gains and as such, welcomes the increased allocations for national security as “a very positive move.”

The JCC President says the fact that some unions representing public sector workers have not yet signed the four-year wage agreement with the Government is also a matter of concern.

He notes that Jamaica being locked into an International Monetary Fund (IMF) agreement and benefitting from other resulting multilateral financing support requires the country to “toe the line” as regards programme and policy implementation.

Mr. Watson says, however, that unlike the earlier years of the multilateral support that were characterised by more stringent guidelines, “I believe toeing the line is now more comfortable (and) palatable.”

He urges civil servants to exercise some constraint and consideration.

“If we can get the restraint of the public sector groups, I am pretty confident that the economy will grow and that would allow for a little more generosity in the wage guidelines. Success is journey, not a destination,” Mr. Watson says.

The JCC President further points to the fact that the economy has not achieved the levels of growth as expected, due primarily to adverse weather conditions, which affected the agricultural sector.

“Once we have good weather this year we should record some more growth,” he contends.

He says there is need for steps to be taken “to now really put the economy into gear” to achieve sustainable levels of growth.

To this end, he cites the need for more investment and infusion of technology in agriculture, further diversification of the country’s production base, and advancing work with the Special Economic Zone Act and accompanying engagements.

Jamaica Manufacturers Association (JMA) President, Metry Seaga, says he too is “extremely pleased” that there are no new taxes in the Budget and that “the economy seems to be on the right track.”

“I think there will be renewed confidence over the forthcoming fiscal year. I think that people will be happy to hear that there are no new taxes and with that will come some additional confidence and investments,” he tells JIS NEWS.

Mr. Seaga maintains that the prevailing macroeconomic stability is creating an environment that can enable Jamaica to achieve higher rates of growth.

He calls for greater focus on manufacturing in order to achieve the desired growth levels.

For his part, Small Business Association of Jamaica (SBAJ) President, Hugh Johnson, welcomes plans for the creation of a micro stock market or “nano market” on the Jamaica Stock Exchange (JSE).

Minister Shaw, who made the announcement during his Budget presentation, said the nano market would cater to the needs of micro enterprises.

“The march towards a formal economy is an absolute requirement because it helps to promote discipline and, ultimately, it enhances the productivity and profitability of businesses. In that context, we have to keep looking out of the box,” he indicated.

Mr. Johnson describes this as a timely decision that will enable fledgling businesses to access capital “that they wouldn’t have normally been able to get”, adding that “the best part of the proposal is that it’s providing equity financing.”

Meanwhile, he says the SBAJ welcomes the decision not to impose new taxes this year, and the heightened focus that will be placed on boosting compliance.

“We have been saying all along that if they get more people into the net, they will be able to reduce even the burden on those who have been bearing it for many years,” Mr. Johnson points out.

In this regard, he lauds the TAJ for taking steps to improve client service delivery.

Noting that previously, customers had to interface with multiple officers, he says “it is now just a one stop process, where you can go on your computer and within 15 minutes, you can file your returns… and we see these as welcomed improvements to the system.”

“That is what we have been saying all along… that business operators aren’t against paying taxes… what we need is the ease of paying taxes. Hence, we have been seeing an influx of new entrants and also we are shooting for the second year in a row, above projected targets of revenue. So unlike previous years, when we used to fall way below targets, now we are shooting ahead of projections,” he adds.

Mr. Johnson, however, cites several areas which he says the Government needs to focus on doing more work.

Among these, he tells JIS News, are the implementation of more substantial measures that will facilitate heightened growth of micro, small and medium-sized enterprises; allocation of significant resources for farm road rehabilitation; and ensuring that arable lands earmarked for agriculture are so utilised and not used for unrelated engagements