As part of the deal, AMG has also acquired the robust HBCUGo.TV library of more than 5,000 hours of content, featuring the HBCU students and their alumni. The current HBCUGo.TV management team, who has strong relationships with the schools, sports conference commissioners, HBCU presidents, and governing boards will continue to manage the HBCUGo.TV platform.

The acquisition also affords HBCUGo.TV an opportunity to bring treasured content to its audiences worldwide, including a first-ever partnership with the Central Intercollegiate Athletic Association (CIAA), the nation’s oldest historically Black athletic conference, to broadcast 44 Black college games during the current football season, and the men’s and women’s basketball seasons. These broadcasts featuring all CIAA institutions will be featured on the HBCUGo.TV streaming platform (https://hbcugo.tv/live-streams) throughout the season.

“We are thrilled to be a part of Byron Allen’s Allen Media Group and his vision to make HBCUGo.TV the ultimate destination celebrating the excellence of HBCUs and their alumni,” said HBCUGo.TV co-founder and CEO Curtis Symonds. “Our pioneer platform offers a global audience all aspects of the HBCU culture and positions the millions of brilliant young minds and alumni throughout the HBCU universe to help change the world for the greater good.” 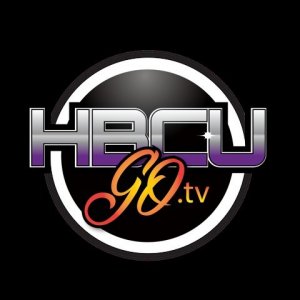 ‍About HBCUGO.TVHBCUGo.TV is the cultural destination for all things that are “unapologetically” HBCU. The streaming network aims to provide students, alumni, and the greater community of HBCU enthusiasts with a pioneer platform that captures the diversity of experiences, perspectives, and all aspects of “The HBCU Culture”. The network also provides a  voice and platform for emerging creatives in media production, branding and broadcasting.  The Historically Black College and University brand represents 184 years of history, dating back to 1837. The notable institutions have educated low-income students, an although they have traditionally had less resources they have produced such luminary alumni that include, Vice President of the United States Kamala Harris, Dr. Martin Luther King, Jr., Oprah Winfrey, astronaut Ronald McNair, Alex Haley, Spike Lee, Samuel L. Jackson, sports icons Walter Payton, Jerry Rice, Doug Williams just to name a few. HBCUGo.TV brings the HBCU experience live from 105 campuses across the country.  The streaming service was launched in 2012 by noted television executives Curtis Symonds and Clints Evans.