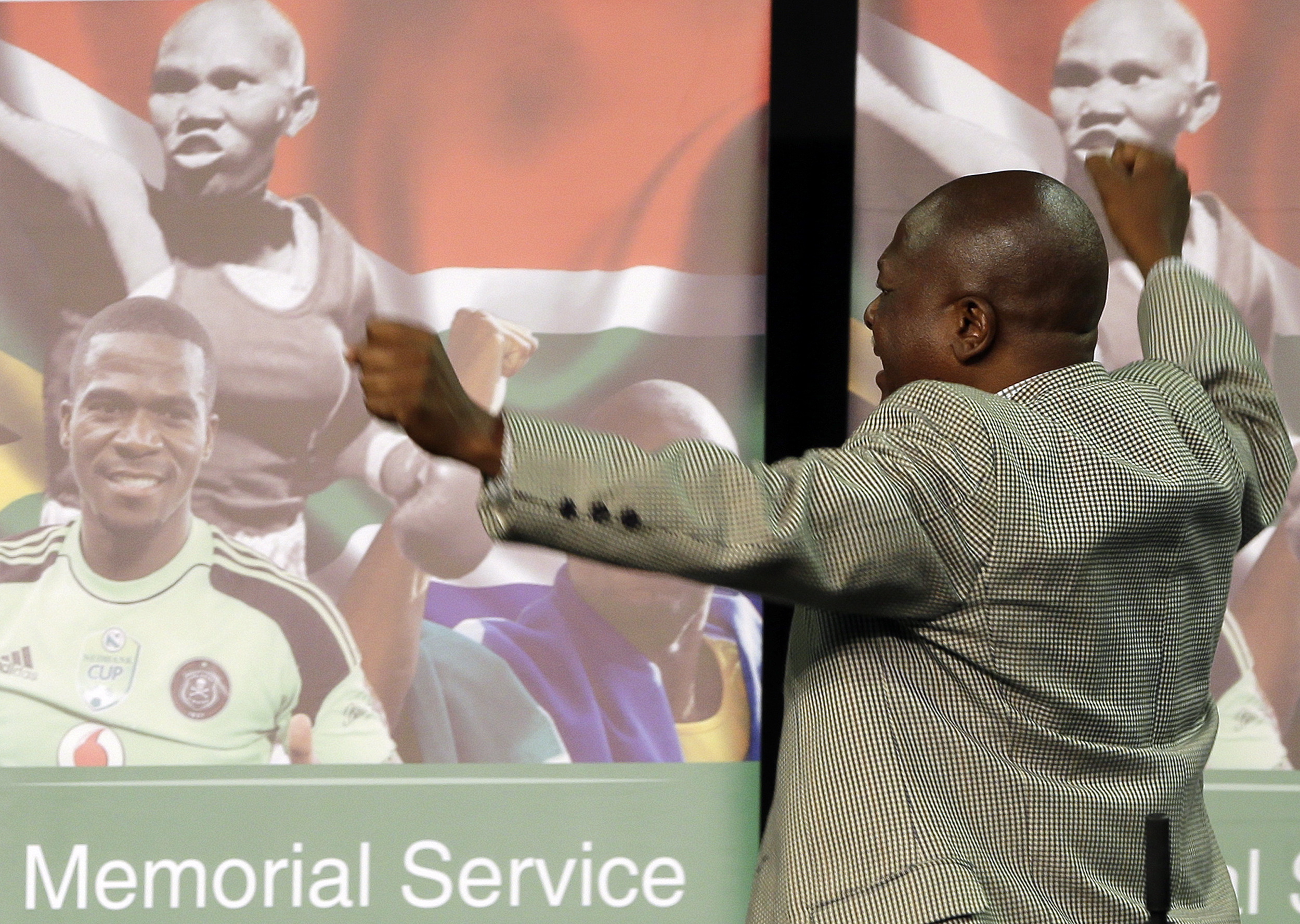 JOHANNESBURG, South Africa _ South African officials on Thursday called for a strict new gun law as a tribute to a soccer star who was shot and killed earlier this week.

The calls were made at a memorial service to honour three sports figures who died within three days of each other.

The officials called for a law, in the soccer star’s name, to reduce the number of illegal firearms.

“We must take those guns to the furnace and build a statue for Senzo Meyiwa,” said Danny Jordaan, president for the South African Football Association.

“Senzo’s death must consolidate our resolve as a nation to clean our streets of criminals,” said sports minister Fikile Mbalula, who promised that police would find and arrest Meyiwa’s shooters.

Fans wearing club and national jerseys sang hymns as South Africa’s sporting figures and officials gathered at an indoor sports arena in downtown Johannesburg. The crowd fell silent as the families of the deceased entered the hall. Winnie Madikizela-Mandela and Andrew Mlangeni, who was imprisoned along with Nelson Mandela on Robben Island, also attended.

Meyiwa, who was goalie for one of South Africa’s most popular club soccer teams, Orlando Pirates, was killed in an apparent robbery on Sunday. Mulaudzi, an 800-meter world champion, died in a car crash on Friday while female boxer Mwelase died Saturday after two weeks in a coma following a bout.

Meyiwa’s teammate Lucky Lekgwathi and some fans broke down crying as a childhood friend of Meyiwa’s delivered the eulogy.

“It’s a big loss. I don’t know how we’re going to mend this hole,” said Margaret Buthelezi, a 71-year-old dressed in the black jersey of Meyiwa’s Pirates and who eagerly showed her club membership card.

The yellow jerseys of the Pirates’ fierce football rivals, Kaizer Chiefs were also seen among the crowd of mourners while another team, Mamelodi Sundowns, attended the service wearing their official green and yellow uniforms.

Fellow Olympic medal-winning runner Hezekiel Sepeng made the crowd laugh as he recalled how competitive Mulaudzi was on the track, often challenging his mentor Sepeng.

A man who described himself as Mwelase’s best friend and sparring mate described his shock at the news that she had died after a fight he had watched her train for.

The relatives of the deceased athletes remained subdued as fans sang and danced around the arena. All three sporting figures will be buried in their hometowns over the weekend.