Canadian Actress Oluniké Adeliyi, set to co-star with Ice Cube and Ryan Destiny in the upcoming biopic “Flint Strong,” launches the See Yourself Legacy Scholarship, a partnership between the Caribbean Scholarship Foundation and Monologue Slam Canada.

The purpose of the scholarship is to increase the representation of artists of colour in the entertainment industry by empowering the next generation of diverse storytellers, actors, directors, and producers.

“We believe that how we’re reflected on screen affects how we see ourselves,” says Oluniké, “excluding diverse artists, on and off-screen, leads to the misrepresentation and marginalization of people of colour. When these are the only narratives people see, they create negative and dangerous consequences.”

See Yourself will provide scholarships, study grants, bursaries, and create workshops and other development opportunities for Caribbean youth, who face significant hurdles trying to enter the industry. These individuals must demonstrate a high level of achievement, clear leadership potential, and a strong desire to make a positive contribution within their communities.

Oluniké is also the co-founder of Monologue Slam Canada, North America’s largest acting showcase, which has been supporting Canada’s acting community for over 10 years.

In addition to the scholarship announcement, Monologue Slam Canada also partnered with Jamaican Film & Television Association to launch the Jamaican Actors Monologue Slam (JAMS). The collaborative initiative is aimed at discovering Jamaican acting talent for film and television opportunities, both locally and abroad, and providing a vehicle for local talents to develop and advance their craft.

“There’s an abundance of passion and raw talent in Jamaica and we’re excited to provide development, exposure, and other opportunities. This partnership with JAFTA is critical to building a stronger industry in Jamaica,” said Co-Founder and Executive Producer of Monologue Slam, Andre Newell.

“The Jamaica Actors Monologue Slam is more than a competition, it is a developmental initiative that will provide locally-based actors with a further outlet to showcase their talents, develop skill sets for film and TV mediums, and hopefully launch and/or advance the screen careers of the excellent actors we have in Jamaica, and strengthen the surrounding creative sector ecosystem,” said JAFTA President, Analisa Chapman.

Oluniké will be the keynote speaker for the upcoming Brampton’s International Women’s Day event, discussing her inspiring journey as a black female actor. 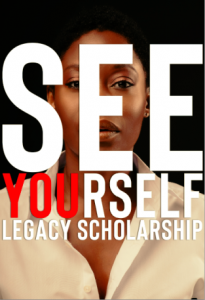 Monologue Slam Canada is North America’s largest acting showcase. Over the past 10 years the showcase has supported and nurtured the careers of thousands of Canadian actors.

The Caribbean Scholarship Foundation is a charitable organization registered in Canada. It is managed by a board of influential members of the diaspora and friends of the Caribbean.

The Jamaica Film and Television Association (JAFTA) is a government-endorsed not-for-profit association of local film and tv practitioners and geared at cultivating a local audio-visual community.

Andrew Ricketts is the Public Relation with TOTAL