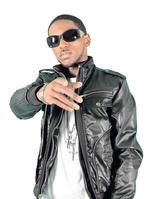 Canadian rapper J Rich has been added to the line-up of G.T. Taylor’s Christmas Extravaganza. According to the rapper who earlier this year recorded a single with reggae artiste ‘Warrior King’ called ‘Love and Joy’, to perform at the annual Christmas stage show is an honour.

“Overall, I can say that I’m both honoured and excited to have been added to the show and sharing the stage alongside big international acts that I grew up listening to as a kid. It’s nothing less than a good look, so I’m anxious to get out there and perform in front of the new fans we’ve reached here in Jamaica,” the artiste said.

J Rich says fans can expect a high-energy performance filled with love, he also hinted that there would be some surprise elements to his set.

“This will be my first time performing in St Elizabeth, but based on the island-wide support and love we’ve been seeing, I’d say I feel at home anywhere I land in Jamaica,” J Rich said.

The artiste admitted that it will be an uphill task to get a strong crowd response in an authentic dancehall and reggae setting, but believes his music will speak for itself on Christmas Day.

“Honestly, I’m looking to getting a good response on every song we perform. Each song has something different to offer fan so each song will get a different response, but all good. Whether the fans are taking in the message of the conscious songs or getting hype to the high-energy songs, the response will be good,” he said.

The rapper says he has been heavily influenced by dancehall and reggae music, therefore, he possesses the skills to rock a Jamaican stage show.

To his local fans, the rapper said.

“First, I want to thank everyone who has supported us along the way, and I want to tell the people hearing me for the first time to be ready. We have been prepping for this show, so we’re more than ready to make new fans, come Christmas night,” J Rich said.

For the original report go to http://jamaica-star.com/thestar/20131224/ent/ent1.html