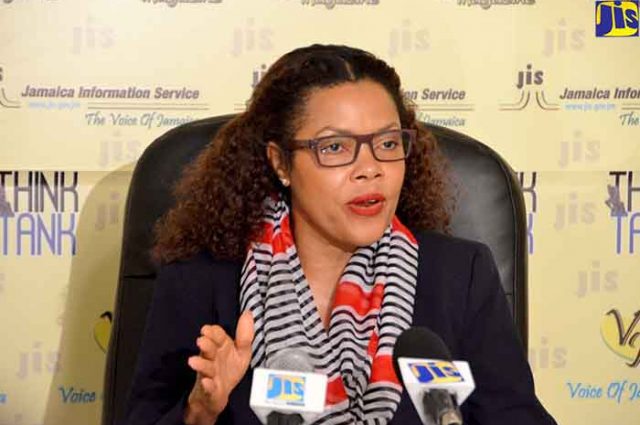 The Jamaica Cancer Society will be focusing on adolescent health in February, with specific attention on harmful habits such as alcohol use, substance abuse, unhealthy diets and smoking.

February will be observed as Healthy Lifestyle Awareness Month by the Society, and its Executive Director, Yulit Gordon, says unhealthy habits put youth at risk for chronic illnesses, including cancer.

The Executive Director was speaking at a Jamaica Information Service (JIS) ‘Think Tank’, on January 30.

“We want to pay special attention to the use of tobacco within the 14 to 18 age cohort, as it is a major risk factor for cancers of the throat, stomach, pancreas, liver and bladder. People who smoke also have an increased risk for infections such as pneumonia and bronchitis,” said Ms. Gordon.

“According to the Global Youth Tobacco Survey conducted in 2010, 40 per cent of students in grades seven through 10 admitted to having smoked cigarettes at one point or another and 21 per cent admitted to smoking on a regular basis,” she added.

Ms. Gordon said the Cancer Society is particularly concerned about this dangerous practice among the youth, and this is the key factor that influenced the introduction of the annual anti-tobacco youth forum in the month of February.

The forum currently caters to third- to sixth-form students in Kingston and St. Andrew, as well as neighbouring parishes, and focuses on risky behaviours among adolescents.

This year’s staging of the forum will be under the theme ‘MyHealthMatters’. It will be held at the Courtleigh Auditorium in New Kingston on February 22.

The Society, in partnership with the Cornwall Regional Hospital, will also stage a second forum in Montego Bay, St. James, on Wednesday, March 21, which is internationally observed as Kick Butts Day.

Meanwhile, the Society will also launch its Anti-Tobacco Poster Competition under the theme ‘In The Fight Against Big Tobacco’, which will target 14- to 18-year-olds as well.

Cash prizes will be awarded to the winner, second- and third-place participants, the winning school and teacher.