With the Support of the Citizenship by Investment Programme, Climate-Resilience is High on Dominica’s 2021 Agenda

LOS ANGELES, Jan. 5, 2021 /PRNewswire/ — Cashmere Originals, the original content studio born out of the award-winning Cashmere Agency, has today announced its partnership with five-time NBA All Star Chris Webber to develop and produce Fab Five. Based on Webber’s upcoming autobiography, By God’s Grace, this scripted limited series will chart Webber’s upbringing in Detroit and the incredible story of the 1991 Michigan Wolverines, who garnered the moniker “Fab Five.” The team ultimately came to be known as the greatest recruiting class in the history of the National Collegiate Athletic Association (the NCAA.)

In addition to the aforementioned limited series, Chris Webber’s Webber-Gilbert Productions  and Cashmere Originals will collaborate on several other original content productions. The purpose of this joint venture is to tell the stories of underrepresented athletes and entertainers – ones who haven’t had the opportunity to personally communicate their narratives until now. Webber is also co-directing a documentary on inner-city children on a youth baseball team. 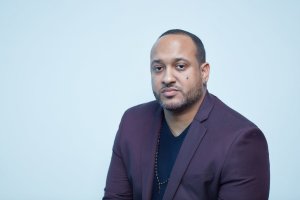 This venture is particularly close to Webber. Throughout the course of his decorated career, he’s experienced outside voices tell his story inaccurately.  With the Fab Five limited series, he finally has a project that allows him to tell-all from his unfiltered P.O.V.  In addition to drawing extensively from Webber’s autobiography, his fellow alumni Juwan Howard and Ray Jackson will serve as consultants on the project.

Webber himself explains: “Cashmere Originals and the Cashmere Agency have done incredible work to market to diverse, multicultural audiences. I knew that Cashmere was the ideal home to step out and tell my story about my life and the Fab Five on my terms.” He continues, “I am looking forward to telling the behind the scenes story of my life, my friends and the Fab Five – an iconic movement that changed the face of modern-day basketball.”

Cashmere Originals and Webber-Gilbert Productions are actively in the midst of developing this Fab Five limited series, which will serve as the definitive project on the team that revolutionized the NCAA. They generated controversy and influence on and off the court, shifting fashion; culture; music, and the business of basketball. Further, the Fab Five are immortalized as the first all-freshman lineup in history to compete in the NCAA championships.

“This is a momentous partnership that will tell ground-breaking stories. Cashmere Originals is thrilled to be working with Chris and Webber-Gilbert Productions on this very important and timely project. Chris is a legendary athlete and his participation is essential to telling the Fab Five’s story faithfully,” says Russell Redeaux, Managing Partner and Head of Development for Cashmere Originals. “Our mission is to give the power back to those looking to tell their own stories. We couldn’t be more delighted with the opportunity to ultimately bring our limited series to screens.”

About Cashmere Originals: Cashmere Originals is a Los Angeles-based content studio setting a new bar for finding diverse stories that reflect humanity in its most authentic manner. From scripted and unscripted series to documentaries and feature films, Cashmere Originals actively develops projects with the most fresh and exciting writers, producers, and directors who share the company’s vision. Born from the brain trust of Cashmere Agency (Ad-Age’s Multicultural Agency Of The Year), Cashmere Originals is a dedicated creative, development, and production team committed to being undeniably dope.