Mavado Feat. Nicki Minaj – Give It All To Me

Cee Lo stays on The Voice 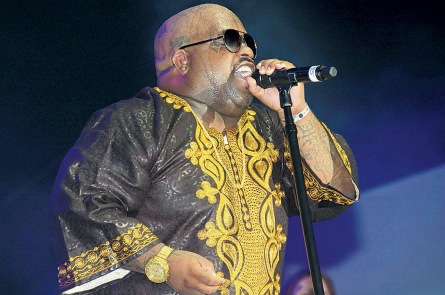 CEE Lo Green, The Voice judge and Grammy-winning funk musician, was cleared of sexual assault charges in a Los Angeles court on Monday.

He will, however, be charged with possession of an illegal substance. The Forget You singer returns to court on November 20. If convicted, he could face up to four years in jail.

Allegations were he slipped ecstasy into a woman’s drink and had his way with her without consent.

Green, 39, whose real name is Thomas DeCarlo Callaway, will not lose his place on the American television talent show The Voice which airs on NBC.

Green was the third of the four judges to turn around for local singer Tessanne Chin when she appeared on The Voice’s blind auditions three weeks ago.

Green is no stranger to controversy.

That controversy reared its head during his 2012 performance at the Jamaica Jazz and Blues Festival in Trelawny.

He and his entourage of performers ruffled a few feathers as they spewed profanity during their set.

The group was never charged under local laws.

Green won a Grammy in 2006 as part of the duo Gnarls Barkley with album St Elsewhere and for the single Crazy and in 2010 as a solo artiste with F*** You.

In the case brought against Green, the Los Angeles County District Attorney’s office said Green “allegedly slipped ecstasy to a 33-year-old female while the two were dining at a downtown Los Angeles” restaurant in July last year.

“The two later went back to the woman’s hotel. Prosecutors declined to file a charge of rape of an intoxicated person, citing insufficient evidence,” it added.

Green’s defence attorney Blair Berk said: “We are pleased that the Los Angeles County District Attorney has completed its investigation and concluded that the evidence did not support the false and unfounded claims made over a year ago.”

For the original report go to http://www.jamaicaobserver.com/entertainment/Cee-Lo-stays-on-The-Voice_15312501