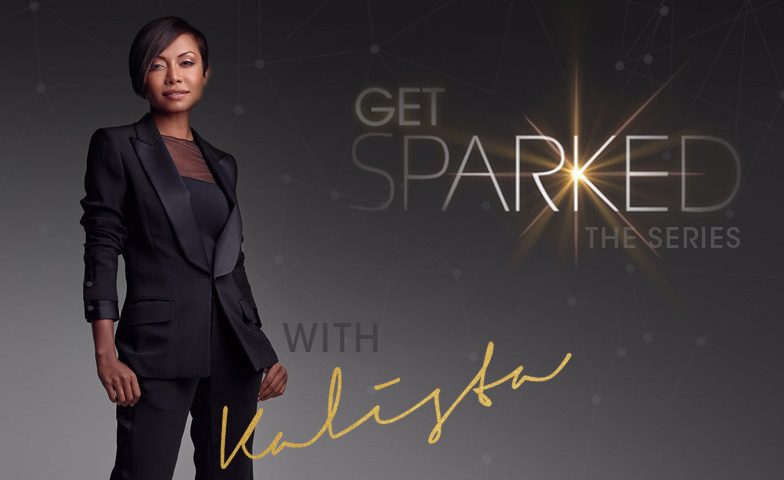 TORONTO, Sept. 7, 2017 /PRNewswire/ – Acclaimed Toronto actress and film maker Kalista Zackhariyas returns to the screen in early winter 2017 as the host of a new U.S. show dedicated to sparking a personal evolution of growth.

“‘Get Sparked’ explores the causes that limit the human mind and keys to empowering it through a variety of themes that affect our lives on a daily basis,” comments Kalista Zackhariyas, Host and Producer, Get Sparked.  “It aims to probe, challenge, uplift and empower audiences while inviting them to make positive changes in their daily lives in a visually stunning but digestible format.”

Launching in December 2017, “Get Sparked” is a broadcast quality show aiming to inspire audiences to explore themes of personal progress.  Each episode is under 15 minutes and explores a different theme weekly.  Produced episodes to date include “Spark Courage”, “Spark Strength”, “Spark Unity” and “Unleash your Spark”.  Additional episodes are announced on IMDb regularly.

No stranger to the camera, Kalista Zackhariyas first made headlines in 2010 as the lead actress in Rohan Fernando’s drama film “Snow”; a story about a young girl’s new life in Canada after losing her family in the Asian Tsunami.  Since then, Zackhariyas has appeared in several other Canadian productions including “We ate the Children Last”, “Karma’s a B*tch”, and “Medusa”.  Zackhariyas also holds several directing and producing credits including the recent release of the online comedy, “My Roommate’s an Escort” (2017).

“Get Sparked” will release in December 2017 and be available for audiences globally. For more information on release dates and information, please visit www.kalistaz.com.

Kalista Zackhariyas is a media personality, keynote speaker, entrepreneur and author. She is the Host and Producer of the new series, Get Sparked™.  Her latest venture, SparkSeeker.com is a lifestyle brand and media platform with an anticipated launch set for December of 2017.

A tumultuous beginning gave her the grit to become an entrepreneur at 17. Domestic violence, childhood abuse and homelessness created her drive to explore the world for healing modalities and overcome numerous obstacles. Kalista’s experiences refined by her two decades of success as an entrepreneur and her longstanding career in the entertainment world enables this social scientist to entertain and deliver actionable inspiration and forward thinking to various audiences both on screen and the stage.

When she’s not travelling, Kalista shares her time between Fort Lauderdale, Florida and Toronto, Ontario where she resides with her family.