CONGRESSWOMAN YVETTE CLARKE, CD SAYS SHE IS ROOTED IN THE VALUES, MORALS AND ETHICS ALL COMING FROM THE BEAUTIFUL ISLAND OF JAMAICA

Celebrating 10 years since the release of his top 20 album ‘MAN LIKE I’ – One of the UK’s foremost reggae artists NATTY announces a special anniversary album (out on Tuffgong in Jamaica) which features Seun Kuti, Benjamin Zephaniah and Maverick Sabre, alongside a 22 date UK tour to coincide with the release 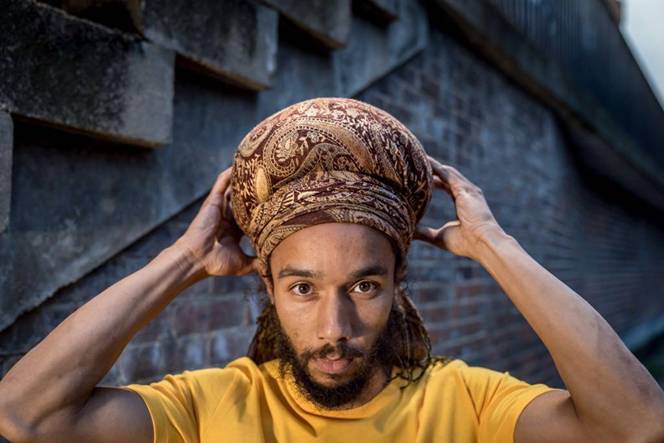 Natty is known for an eclectic outlook on reggae, drawing on influences from various forms of ancestral music from his travels around the globe. Celebrating 10 years since the release of his debut, and much acclaimed Top 20 album ‘MAN LIKE I’, his label Vibes & Pressure proudly presents a special anniversary album featuring some brand new re-workings from the album (with some very special guest features) plus four brand new tracks. Entitled ‘Man Like I & I X’ (out October 19th 2018) and released via Bob Marley’s legendary label Tuff Gong in Jamaica, a limited edition double-vinyl collectors package will also be available, containing both the original album in full plus the new tracks and re-workings (with a digital and CD version containing solely the new songs and re-works). The album and tour as a whole is a tribute to the love and support that has grown over the past decade and continues today, as he explains:

“Man Like I meant a lot to a lot of people. In essence, this project is tribute to them”

Disc one of the double vinyl version is a re-mastered version of the original ‘Man Like I’ album, never before released on vinyl. For Disc two, Natty has written and produced four stunning new original tracks, which reflect the journey so far, before returning to re-worked versions of the original tracks that perfectly mark the evolution of this soul stirring artist. Explaining why he chose to re-work these classic tracks, Natty says:

“The original album was recorded in 2 weeks, so some of the tracks didn’t have enough time to breathe. After a decade of reflection and growth, this felt like the perfect time to delve deeper, explore and evolve the tracks that launched my career”

Recorded at Livingston Studios, Natty invited some close friends and inspirational artists to feature, including Seun Kuti, Benjamin Zephaniah, Maverick Sabre and El Fari & Ramzi (from Palestinian band 47soul). It also features the Sly & Robbie produced ‘Jay Jay’, an old track which never surfaced on the original album, it’s a heartfelt plea that has sadly grown in relevance as gun and knife crime claims more lives. The lyrics paint a vivid picture of the real lives behind the statistics, and hopes to add to cooling energy to his beloved London Town.

2 singles have dropped in lead up to the official release, both showcasing the brilliantly crafted re-works. Following ‘Coloured Souls X Ft. Maverick Sabre’, Natty teamed up fellow Rasta and hugely influential poet and thinker Benjamin Zephaniah on the epic and ethereal re-imagining of his classic single ‘Badman’.  The Rastafari re-boot has already gained spins from David Rodigan on BBC 1xtra and the official music video is due to drop shortly.

Originally ‘Badman’ reached No. 1 in Japan in 2008 and has always remained a fan favourite on the road. The re-working kicks off with lazy summery intro that soon evolves into a force of musical energy, which still exudes a London swagger which often underpins Natty’s more spiritual musings.

• In 2017 Natty toured twice around the UK, performing in front of over 6000 people in total. The largest regional gig was a sold out Concorde2 in Brighton, many festivals in recent years include Glastonbury, Boomtown and Boardmasters.

• Debut album (Man Like I) released 10 years ago – UK top 20, Selling 48K physical, streams 9M on Spotify, also released in Japan where Natty had a No.1 hit song.

• Charity works: Patron of The Winch Youth Project 2009 – 2013, Patron and co-director of ERASE Foundation 2013 – present day (we own and run 1 orphanage, 4 schools, 2 community centre’s and 18 containers sent all over Africa)