White vs Entrepreneurs of Color

Chance The Rapper and Colin Kaepernick are among DoSomething.org’s 2017 Celebs Gone Good List 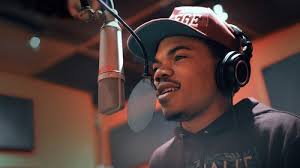 This year’s biggest stars used their platforms to rally support for relief in places like Flint, MI., Puerto Rico and Houston and advocate for social change.

NEW YORK, Dec. 26, 2017 /PRNewswire-USNewswire/ — DoSomething.org, one of the largest organizations for young people and social change, announces its tenth annual Celebs Gone Good list. Celebs Gone Good is an annual list that recognizes the year’s top celebrities who use their star power for social change.

Among the list is 25-year-old musician Chance the Rapper, who continues to push for improvements in Chicago’s education system. This year, he launched the New Chance Arts & Literature Fund to support arts in the public school system. Before that, he co-founded SocialWorks, a charity foundation devoted to empowering the youth that has raised over $2 million for Chicago Public Schools. Additionally, this 3-time Grammy winner was presented the 2017 BET Humanitarian Award by Michelle Obama.

Colin Kaepernick, a former 49ers quarterback, started protesting during the national anthem last year.  His actions sparked a movement among other NFL players and extended to other sports leagues this season. In 2017 he continued that fight off the field by pledging to donate $1 million to various charitable organizations, including Meals on Wheels and 100 Suits.  These contributions led to him being honored by Sports Illustrated with the SI Muhammad Ali Legacy Award.

Other stars who made the nominee list include John Legend who created #FREEAMERICA, a campaign that fights for criminal justice reform and calls for the end of mass incarceration. Lena Waithe used her platform to celebrate the LGBTQIA+ community in her Emmy acceptance speech and her writing. Athlete JJ Watt helped raise over $37 million to help those recovering from Hurricane Harvey through his Houston fundraiser. Beyoncé, who topped last year’s list, announced her Formation Scholars program which is geared towards encouraging and supporting young and creative women.

In addition to the Top 20 Celebs Gone Good list, DoSomething.org chose eight “Celebs to Watch in 2018” highlighting young talent using their platforms to give back. This year’s Celebs to Watch list included:

The “Top Content Creators” were chosen by fans for using the power of their online platforms for social good. This year’s winners are:

The Celebs Gone Good winners are compiled as a result of the following: (1) Votes via retweets and Facebook shares (2) Celebrities’ STARmeter ranking on Internet Movie Database and (3) Expertise from the Celebs Gone Good Advisory Committee.

About DoSomething.org
DoSomething.org is the largest tech company exclusively for young people and social change. We’re activating 5.5 million young people (and counting!) to do good in every US area code and in 131 countries. Using our digital platform, members join DoSomething’s volunteer and civic action campaigns to make offline impact at scale. Our members have clothed half of America’s homeless youth. They’ve cleaned up 3.7 million cigarette butts. They’ve run the world’s largest youth-led sports equipment drive. And more! Young people have the power and the passion to transform their communities — we help them get it done. Let’s Do This.