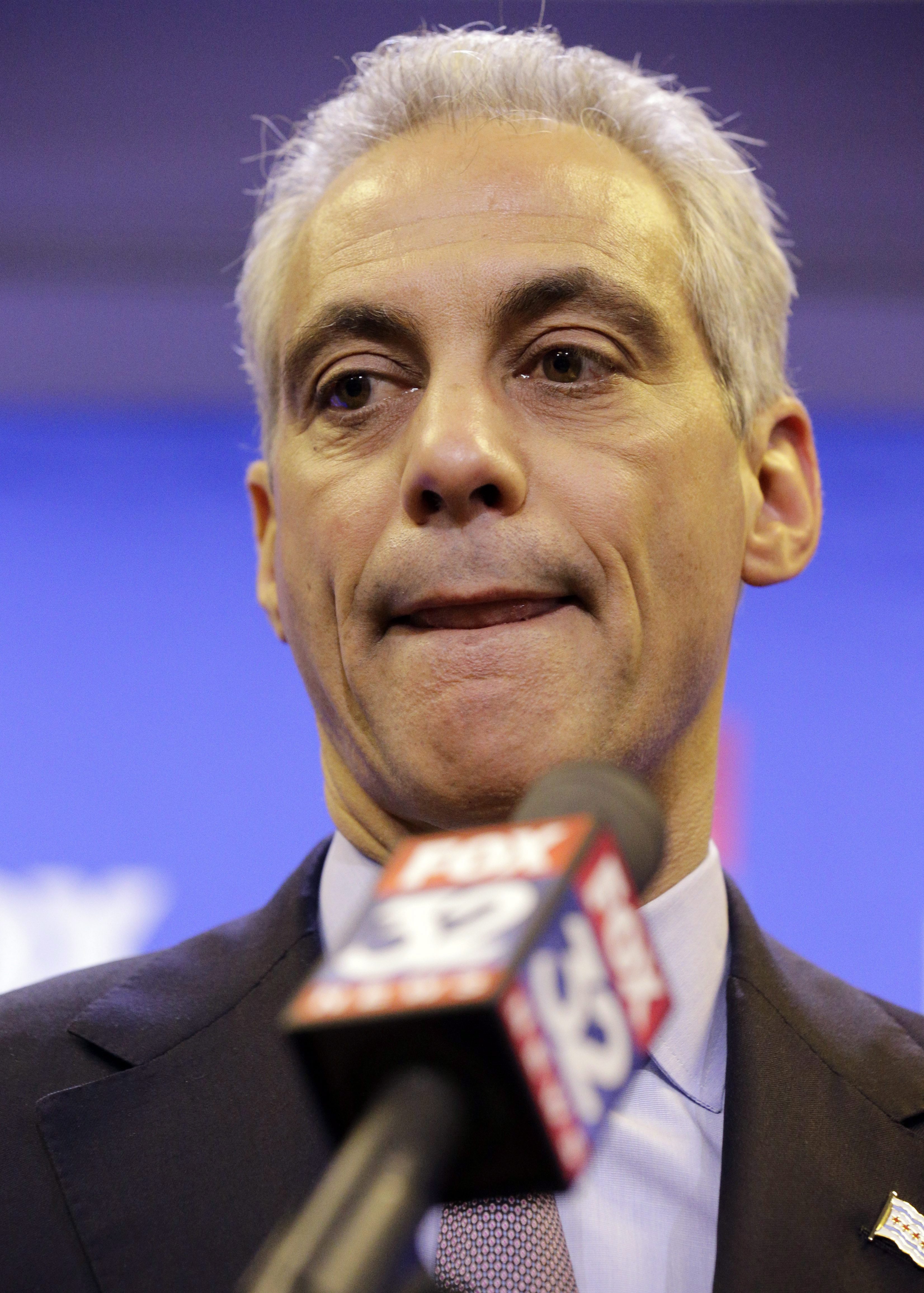 CHICAGO _ Rahm Emanuel sought for months to keep the public from seeing a video that shows a white police officer shooting a black teenager 16 times. Now, a week after the video’s release, the Chicago mayor has fired the police superintendent, created a new task force for police accountability and expanded the use of body cameras.

But Emanuel’s effort to keep the video secret and his long wait to take action at the police department has stirred deep skepticism among those protesting the teen’s death. Many activists are especially incensed by the fact that the video first surfaced during a re-election campaign, when the mayor was seeking African-American votes.

“In our community, everyone is saying it (the video) was not released because of the election,’ said Corey Brooks, a prominent black minister.

The mayor defended the decision to withhold the video from the public until the investigation was finished.

“You don’t compromise an ongoing investigation,” he said. “Yet it’s clear you all want and the public deserves that information. They’re two conflicting principles.”

Asked by a reporter if Emanuel thought he would become a distraction himself and would consider resigning, the mayor responded, “You’ll make that judgment. I think I’m doing my job. And I try to do it every day do it in a professional way.”

Emanuel on Tuesday announced the dismissal of Garry McCarthy, who only days ago insisted to reporters that the mayor had his “back.”

The mayor praised McCarthy’s leadership but called it an “undeniable fact” that the public’s trust in the police had eroded.

“Now is the time for fresh eyes and new leadership,” Emanuel said.

Through a spokesman, McCarthy declined to comment Tuesday to The Associated Press.

Protesters have been calling for McCarthy’s dismissal in response to the handling of the death of Laquan McDonald, a 17-year-old who was killed in October 2014.

Some aldermen, particularly members of the city council’s black caucus, have also been seeking McCarthy’s resignation, citing the city’s crime rate and questions about the department transparency.

The city released video of the shooting only after a judge ordered it to be made public. Last week’s release set off several days of largely peaceful protests. On the same day, officer Jason Van Dyke was charged with murder.

“Any case of excessive force or abuse of authority undermines the entire force and the trust we must build with every community in the city,” the mayor said. Police officers are only effective “if they are trusted by all Chicagoans, whoever they are and wherever they live in the city.”

Emanuel introduced McCarthy as his pick to lead the department in May 2011, replacing former FBI agent Jody Weis, who was unpopular with many rank-and-file officers who claimed Weis did not stand behind them.

Chief of Detectives John Escalante will oversee the department until a permanent replacement is named, Emanuel said.

The mayor also announced the creation of a task force on police accountability that will help develop an early warning system allowing the department to intervene with problem officers racking up complaints from the public.

Van Dyke was the subject of 18 civilian complaints over 14 years, including allegations that he used racial epithets and excessive force. Complaints against police are not uncommon, but the number filed against Van Dyke was high compared with other officers.

Emanuel’s office announced Sunday that the police department would expand its use of officer body cameras from a single district to roughly a third of Chicago.

Emanuel credited McCarthy with modernizing Chicago’s police force, getting illegal guns off the streets and pushing a community policing strategy that the mayor said had reduced overall crime rates to a record low.

In particular, McCarthy was a constant preacher on the need for tougher punishments for gun offences. He hammered on the fact that many murder suspects had prior gun convictions, which McCarthy argued should have kept them off the streets.

But the police chief came under pressure because of homicides that included high-profile cases such as the slaying of Hadiya Pendleton.

Pendleton, an honour student, became a national symbol of gun violence when she was gunned down in 2013 as she talked with friends just a mile from President Barack Obama’s South Side home. She died just days after returning from the president’s inauguration.

In New York City, McCarthy rose from patrolman to an executive position. He later became police director in Newark, New Jersey before coming to Chicago, where he promised he would “have the cops’ backs.”

The silent Chicago video shows McDonald walking down the middle of a four-lane street. He appears to veer away from two officers as they emerge from a vehicle, drawing their guns. Van Dyke opens fire from close range and continues firing after McDonald crumples to the ground.

Police have said McDonald was carrying a knife, and an autopsy revealed that he had the hallucinogenic drug PCP in his system. Cook County State’s Attorney Anita Alvarez has said the 3-inch (7.62-centimetre) blade recovered from the scene had been folded into the handle.

Defence attorney Dan Herbert has said the officer feared for his life, acted lawfully and that the video does not tell the whole story. Van Dyke was released from jail Monday after paying the required $150,000 of his $1.5 million bail.

Also on Tuesday, relatives of another person fatally shot last year by Chicago police stepped up their pleas to have the squad car video made public. Emanuel spokeswoman Kelley Quinn said the city was “looking into” releasing it.

Police have said 25-year-old Ronald Johnson III was fatally shot by an officer on Oct. 12, 2014. At the time, authorities said he pointed a gun at police.

His mother, Dorothy Holmes, has said he was running away from police. She and attorney Michael Oppenheimer have seen a copy of the video because of lawsuits they have filed.