A 5.6 strong earthquake hits near Martinique; no damage reported 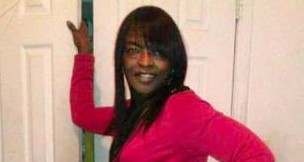 CHICAGO _ Bettie Jones, known in her Chicago neighbourhood for her work with anti-violence community groups, was killed by police responding to a domestic disturbance just hours after she hosted family on Christmas Day.

The fatal shooting of Jones, 55, and 19-year-old Quintonio LeGrier, a college student visiting his father for the holiday, has raised further questions about a police department already under intense scrutiny. Grieving relatives and friends of the two victims gathered Sunday to remember them and criticize city officials who they said had once again failed residents.

The shooting happened early Saturday morning at the small two-story home, where Jones lived in a ground-floor apartment and LeGrier’s father in an upstairs unit. Police, who were responding to a 911 call made by LeGrier’s father after an argument with his son, have released few details beyond a brief statement.

It said that officers “were confronted by a combative subject resulting in the discharging of the officer’s weapon” and added that Jones “was accidentally struck.”

Both Jones and LeGrief were black, and their deaths come amid scrutiny of police after a series of deaths of African-Americans at the hands of officers across the country gave rise to the Black Lives Matter movement. It also comes amid a federal civil rights investigation into the Chicago Police Department that was launched after last month’s release of police dashcam video showing white officer Jason Van Dyke shooting black 17-year-old Laquan McDonald 16 times in 2014.

Police did not disclose the race of the officer or officers, saying only that those involved will be placed on administrative duties.

“I used to watch the news daily and I would grieve for other mothers, other family members, and now today I’m grieving myself,” LeGrier’s mother, Janet Cooksey said at a news conference outside the residence earlier Sunday.

Others who spoke said police should have used stun guns or other nonlethal methods if they felt they needed to subdue LeGrier.

“Why do (police) have to shoot first and ask questions later?” Jacqueline Walker, a friend of Jones, asked. “It’s ridiculous.”

Autopsy findings released Sunday by the Cook County medical examiner’s office say Jones died from a gunshot to the chest and LeGrier from multiple gunshot wounds.

Police spokesman Anthony Guglielmi on Sunday said only that the shootings are being investigated by the city’s Independent Police Review Authority, the main police oversight agency.

LeGrier’s cousin, Albert Person, said LeGrier’s father had invited his son to a holiday gathering at another home on Christmas. Person said the son’s refusal to go caused friction, but he downplayed the severity of the argument.

“What family doesn’t fight on the holidays?” he said.

LeGrier’s father, Antonio LeGrier, told the Chicago Sun-Times his son appeared to be a “little agitated” when the father returned to the apartment. Around 4:15 a.m., the elder LeGrier said he heard loud banging on his locked bedroom door and that his son said, “You’re not going to scare me.” He said his son tried to break the door open, but he kept him from doing so and called police. He added that he called Jones on the floor below to say his son was a “little irate” and not to open the door unless police arrived.

He said Jones told him his son was outside with a baseball bat. Person said the teen was back in the house by the time police arrived.

When they did arrive, Antonio LeGrier said he heard Jones yell, “Whoa, whoa, whoa!” He said he heard gunshots as he made his way down from the second floor and then saw his son and Jones lying in the foyer.

He said his son had emotional problems after spending most of his childhood in foster care. He described him as a “whiz kid” on break from Northern Illinois University, where he majored in electrical engineering technology.

Cooksey denied that her son ever exhibited “combative behaviour.” She said he “might’ve been angry with his father and they might’ve got into it,” but that he was not angry or violent.

It’s not clear whether Jones tried to intervene before being shot or if she was hit by gunfire while answering the door.