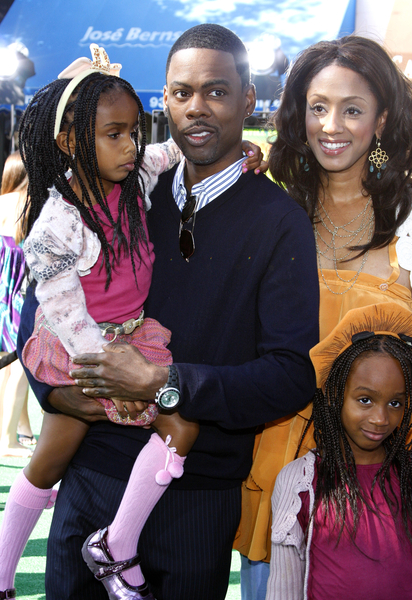 The 50-year-old actor split from his wife of almost 20 years – with whom he has daughters Lola, 12, and Zahra, 10 – in December, and admitted although he is getting his life back on track, he does have days when he struggles with his emotions.

He revealed: “I’m doing OK. You know, some days are better than others, some days you’re sad outta your mind. But my daughters are good and I’m only an hour away. Two houses close by. It’s good.”

However, the Top Five star said he has been hitting the gym since their split in a bid to gain a more buff physique to woo a potential partner.

He said: “I work out now because you have to when you’re single … but I’m still skinny.”

And because the comedian is so in demand, he confessed he doesn’t tend to worry about what he’s going to be doing next, but does fret about all of the time he spends away from his two children.

He told The Guardian newspaper: “The only question now is can I keep it going and raise healthy daughters who don’t have daddy issues because I’m gone all the time? So who the hell knows what’s next.”