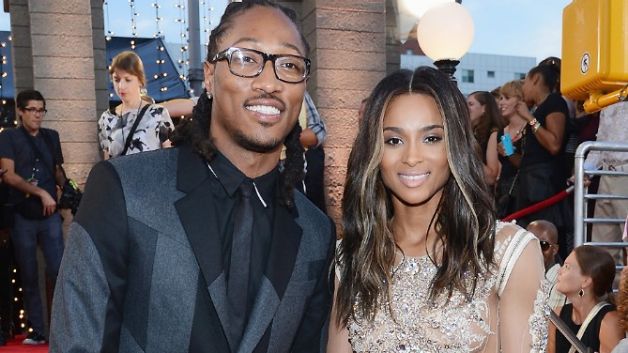 Another celebrity couple is getting ready to walk down the aisle. On the heels of Kim Kardashian and Kanye West’s elaborate proposal last week, Ciara and Future are engaged to be married, a rep for the couple confirmed to the Associated Press Sunday (Oct. 27).

Earlier in the month, news spread that Ciara could be pregnant with the couple’s first child, reports which they have yet to address.

The duo — who rock tattoos of each other’s names — has been dating for more than a year, and were rumored to be getting engaged after Future called his now fiancée “the one” in an interviewwith Hot 97’s Angie Martinez. “This is it,” he said. “I don’t got nothing to get out. We haven’t [set a date] but this is the one. I said it before, seven years ago [when I first saw her] so for it to come around and happen, it was just meant to be.”

No wedding date has been announced.

For the original report go to http://www.bet.com/news/music/2013/10/28/ciara-and-future-engaged.html